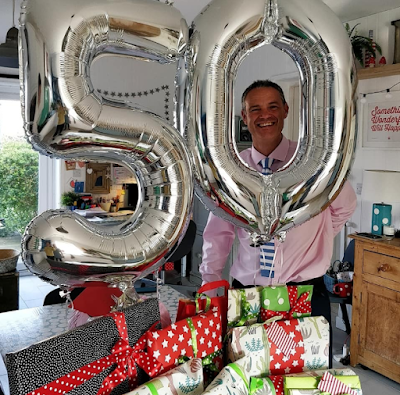 On Thursday a huge milestone passed us by - Jeff turned 50!! 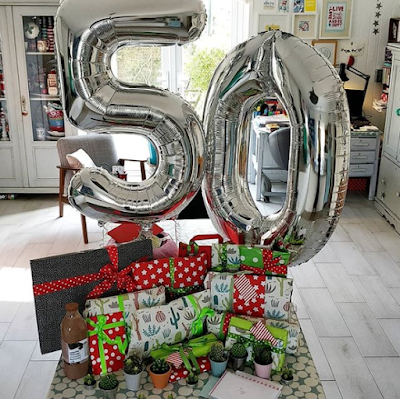 50 sounds terribly old!
We were going to celebrate with a couple of days away but then BREXIT!!!!! was supposed to happen, then didn't but we didn't want to risk spending his birthday weekend in an airport, so a rethink of how to celebrate! He didn't want a party, didn't want to be whisked away somewhere in the UK, so he bought tickets for us to see The Specials in a couple of weeks time (his treat to himself) He wants a pair of DM's, so we're all off to Bath next week to help him choose, then enjoy a birthday meal out together. I got him a voucher to go Coasteering for 2 in the summer. He and Sam have always wanted to do that, so they can get that organised during the summer break and then some other bits and bobs to open on the day - a 1969 oldscool t-shirt, a Bristol City Football programme from the year he was born, a Specials album cover print..... 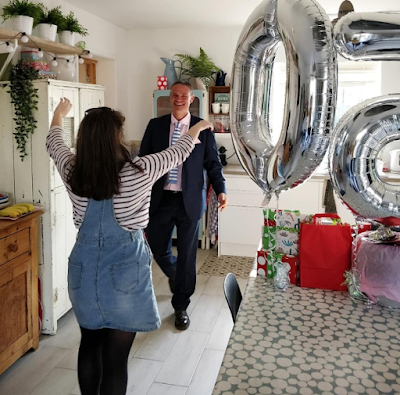 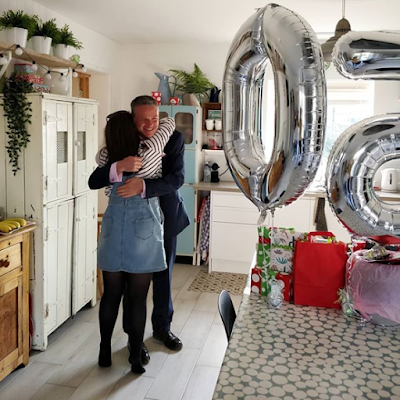 I guess his biggest surprise was having Sophie home!
I was supposed to be collecting her the following day but we organised it for her to get the train back on his actual birthday, I collected her from Castle Cary Station (same day the Queen visited!!) then she was home to surprise him, when he got home from work for his birthday tea.
LOVE surprises like that x 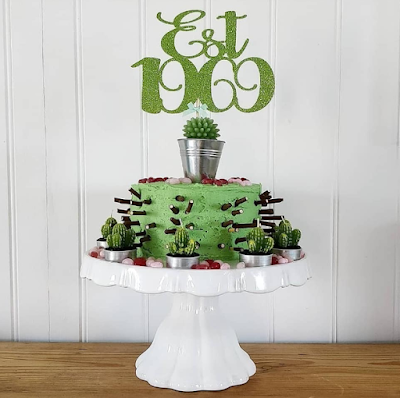 His cake was a cactus-esq design.
Bit of a running joke here, as Jeff managed to kill a cactus! Sophie bought him a 'grow your own' for Christmas, which has done nothing, so we each bought him a real mini cactus, I'd found some cactus candles, so went with that as a theme for his cake. 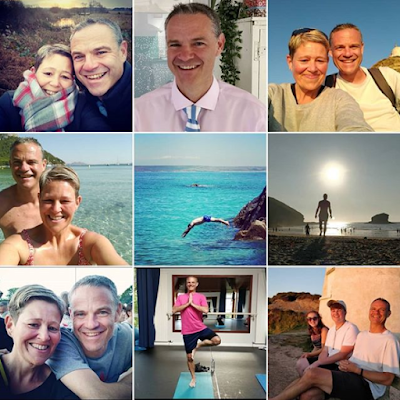