I've fallen into the habit of writing my blog on a Saturday, as I now work every Sunday! It's become a round up of the week, so when I look back I remember the significant moments. Some weeks are more significant than others, Monday was pretty significant!! 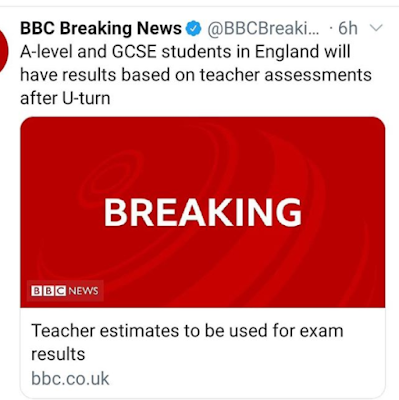 I was actually at work when the news broke but finally the Government saw sense and reverted to CAGs - Centre Assessment Grades with Sam getting his teacher predicted grades, rather than those manufactured by an algorithm. This improved Sams grades to a B in Maths, B in Chemistry and a C in Physics. I do believe had he sat the exams, he could have still done a little better but it is what it is and he is now going to resit his Physics in October to try and improve upon that grade. He wants to study Chemistry at Uni eventually and needed a B, so although he could have possibly got an A, he doesn't have enough time to resit 2 subjects in the October, whilst working too. The ball is now in his court to prove himself. 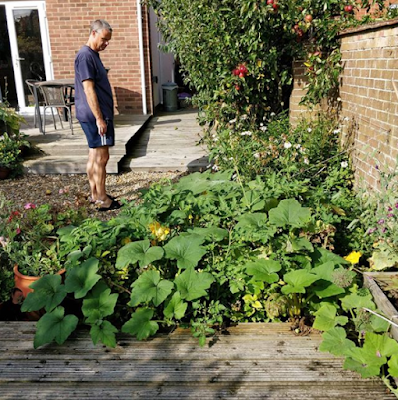 Jeff was happy with both his A Level and GCSE results. Results day for us is always a marker that the summer holidays are coming to an end and he needs to get back into school/work mode. He's happy to be going back to school in September. He fully embraced the 'working from home/virtual teaching'  that lockdown imposed but missed all the other bits of everyday school life, so will embrace the 'new normal' whatever that might be. 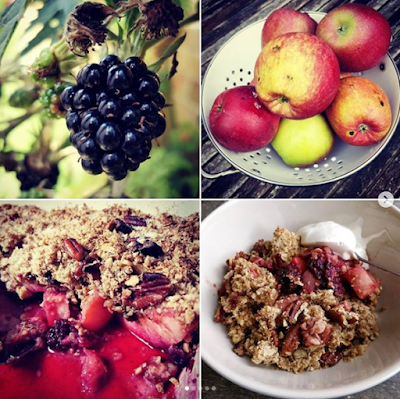 The garden is in full swing. Picked enough apples and blackberries to make a crumble.... 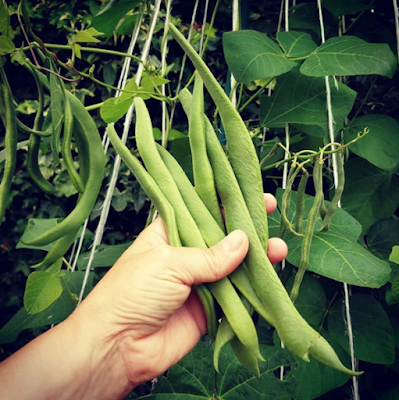 ...and today I picked the first beans. 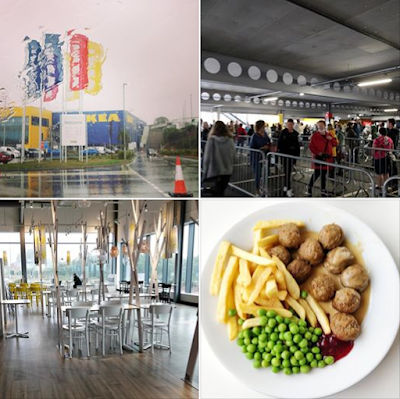 I've enjoyed an extra day off this week, so Sophie and I braved the most horrendous rain to go visit IKEA in Exeter on Wednesday. She wanted a new office chair, as she'll be working from home initially during her placement year. Of course we enjoyed meatballs for lunch, in the most socially distanced dining spot ever!! (can you see her!?!) 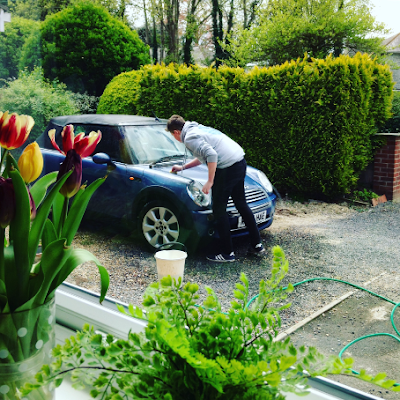 On Thursday Jeff and I said goodbye to our fab little mini! 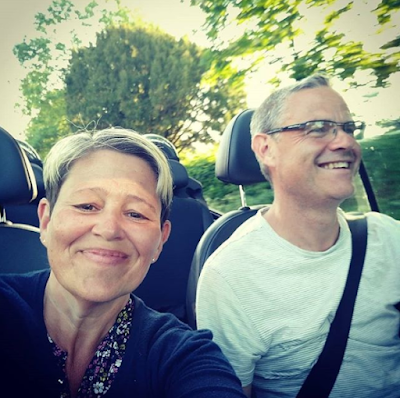 I't's been a fun car but sadly it needed too much spending on it to get it through it's MOT, so it got collected to go off for auction. Jeff and I then went car hunting on Friday morning. Basically Sam is embarrassed to have to drive the Micra, so we went looking for something he'd be happier to drive, and found a 1.4 petrol Corsa for just shy of £1000. He won't be able to drive it until October, when his current insurance policy ends but it'll give him more street cred than driving around in the Micra! 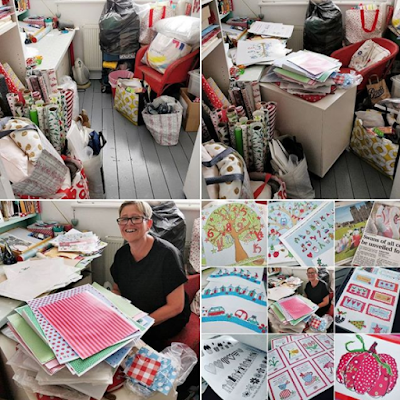 I then spent the afternoon down a complete rabbit hole, attempting to sort out the little box room. It was always intended to be my little 'creative' space but I tend to live in my corner of the kitchen. Currently it's also home to all of Sophie's Uni stuff but she wants this room to work in during her Placement Year. So I started to sort!! Found all my old dotsandspots stuff, old artwork, designs, papers etc. It's time to get rid but I'm still too attached to a lot of it and want it to go to a good home where it'll be appreciated. So I've still lots of sorting to do, deadline the 9th of September, when Sophie's placement starts. 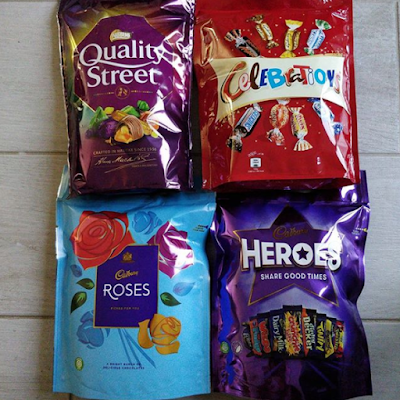 Just a quick heads up, anyone who has followed me for a while, will know we have a Christmas chocolate tin. Currently, only until the 27th of August, Tesco have these pouches at their lowest price of £2.50. (Normal price £3.50) I put them away and forget about them until Halloween, then I take out all the chocs no one likes and give them to the 'trick or treaters' then forget about them again until December the 1st. I don't think they go down to this price again, so worth buying. 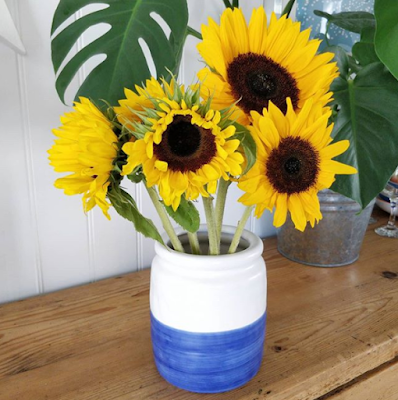 And finally, another bargain, my Greek vase, purchased from Ikea for just £7.
I treated myself to the sunflowers, a nod to Summer as it draws to a close.