Summer is coming to an end! 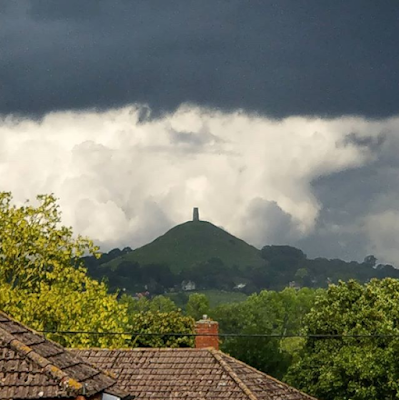 I fear summer is over. The weather this week hasn't been great, with ominous skies over the Tor, which resulted in the largest clap of thunder I have EVER heard, then the most torrential rain. 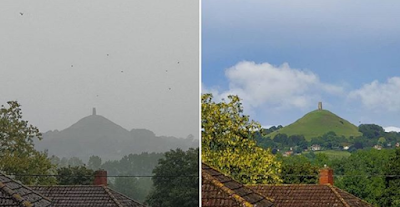 These two pics from another day were taken less than an hour apart.
I'm hoping we might be treated to a bit of late summer sunshine. The sort we get once the school's go back and the afternoons are actually quite warm and sunny. 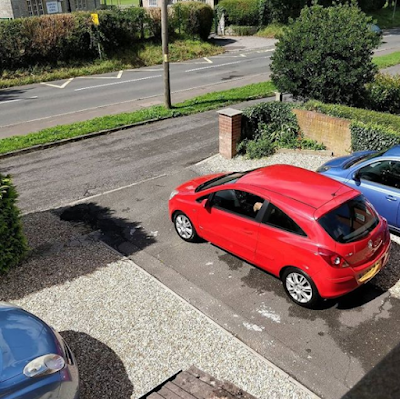 I swapped my days around this week, so have had 3 consecutive days off, which have been great despite the weather. On Friday Jeff collected the new mini replacement - a red Corsa. It's 14 years old but seems to drive okay, the little I've done. Sam will eventually use it the most, once his insurance policy runs out on the Micra. It's too expensive to swap over early. 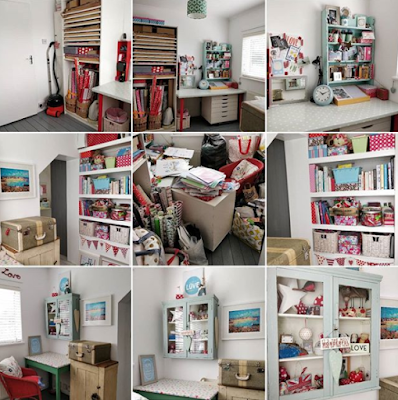 I've used my time wisely to sort out the box room. It had become a bit of a dumping ground, what with all of Sophie's Uni stuff being stored there too. She needs the space to work from, during her Placement Year, whilst she's working from home. So it's been given a bit of a tidy up, with a tip run to boot. Why do we have so much stuff!?! 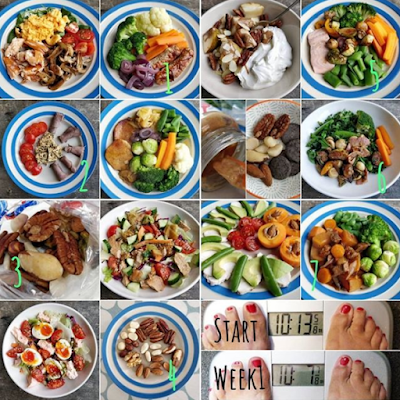 On a personal note, I've been a bit too relaxed with my eating over the past month. With no holiday to look forward to and not many treats on the horizon, I've felt 'sod it' and eaten a few too many things I shouldn't. So I've reigned it all back in, have an 11 week countdown as of today, until I turn 50 and am determined to be sat comfortably in the 9st bracket for the big day!! So a great first week. I post all my meals over on my @pcossproutsandme50 Instagram page, for anyone that's interested. 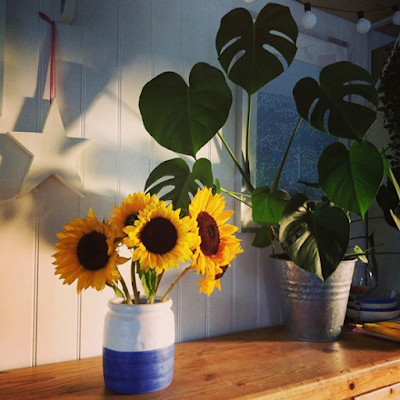 So we enter the final week of the Summer holidays. Sam has already started his job and he's in demand with both the Main school and Prep school fighting over him!! They've made his Sunday job permanent for the year, he's just helping out in the dining rooms and kitchen but it's good hours, a fair wage and they're reasonably understanding and flexible if he wants time off.

Jeff goes back in for INSET days next week, officially starting back the following Monday and then Sophie remains here, working from home, with a start date of the 9th for her Placement Year. I have a couple of days off when we should have been going to Praque and it looks like our trip to Barcelona in October will be cancelled too, as the flights are showing up as SOLD OUT which means they won't be flying, we've come to realise. So absolutely everything booked and planned for this year has now been cancelled. It's tricky to know whether to book something here instead, for Sophie's 21st and my 50th, given they're both in November and we could be in lockdown again if things worsen.
What a year!?!