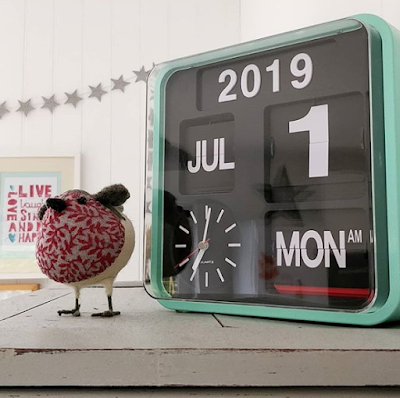 WOW!!! July already and a week into the month too! 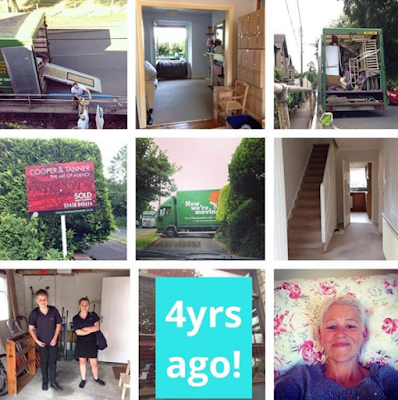 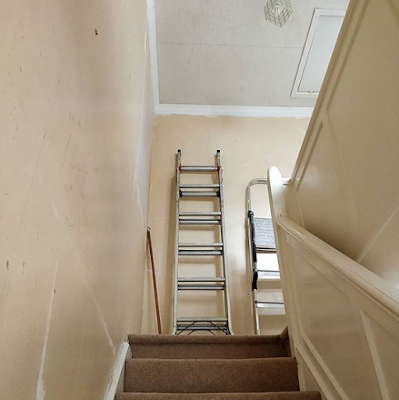 Jeff has finally given in to the horrors of the hallway. I must confess I have run out of steam where the decorating is concerned but I think it's begun to annoy him more, so now he's on his hols for the Summer, he's stripped off the wall paper and made a start on making it look a whole lot better. 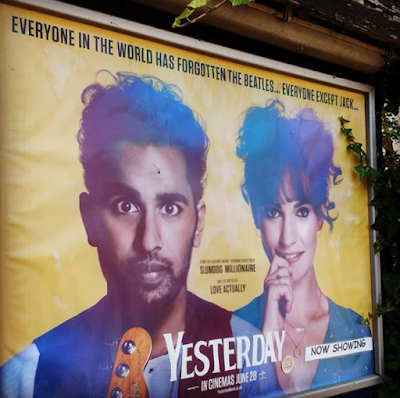 He did take a break and came with Sophie and I to see Yesterday!
I enjoyed it, coffee and biscuit matinee, what's not to like! 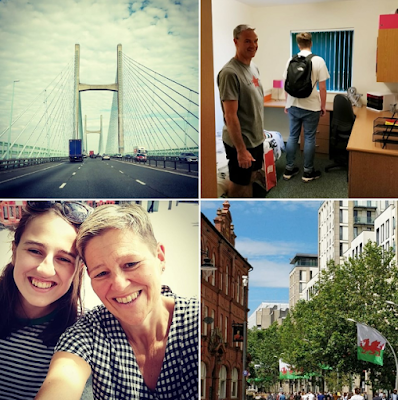 On Friday we went 'en famille' to Cardiff, in an attempt to stir a little enthusiasm, inquisitiveness in Sam about the possibility of going to University. He's an August birthday, young for the year, so we've already agreed on him taking a year out but after that he has no clue what he wants to do. He's not desperate to leave home and he's not the most studious individual or self motivated to study, so this was a chance to see if anything stirred any hint of enthusiasm in him. It did confirm he wants to do more with Chemistry but it won't be in Cardiff!! I still think an Apprenticeship Degree would suit him better, where he's employed by a company and whilst working for them, gets time off for study - one: he has someone keeping him on track two: he earns money three: he can decide if he can commute or board weekly - it just gives him, I believe, a more structured way of doing things, they just seem to be very few and far between. One thing he will be doing is learning to drive when he turns 17 and start saving up for a car in his year out, so he has even more options when the time comes. 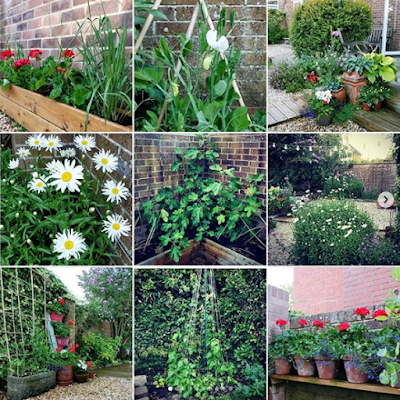 We've had some lovely weather, watering the garden is now on the daily list of jobs. Sam is being paid to look after our neighbours garden whilst she's away on holiday. Finally, thanks to a little warm sunshine, the sweet peas are beginning to flower, the daises too and everything is growing at last!