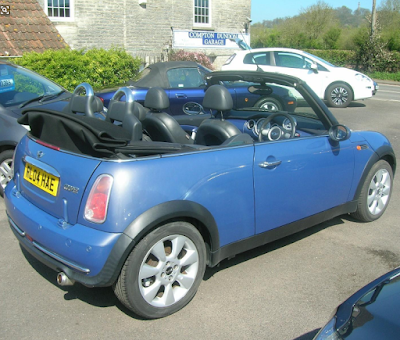 Aren't I a lucky girl? It was fate - I'd seen a mini a week or two ago for £2995 but by the time I had persuaded Jeff to go and look at it, it was gone. It did open his eyes up to the possibility of getting a new car, as the silver car needs money spent on it to get it through it's MOT, too much to be worth it. So he's been keeping a lookout and this one came up, 5 minutes up the road, for a bargain £1600. It's 13 years old, has a few scratches on the body work, which doesn't bother us but is why the price was such a bargain. It'll be great to nip around here, not sure we'd all squeeze in it on a trip to Cornwall but we can face that as and when the time arises. We still have the Micra which Sophie is insured on and the 'black box' has just been fitted by the insurance company, so no speedy nipping about in that. 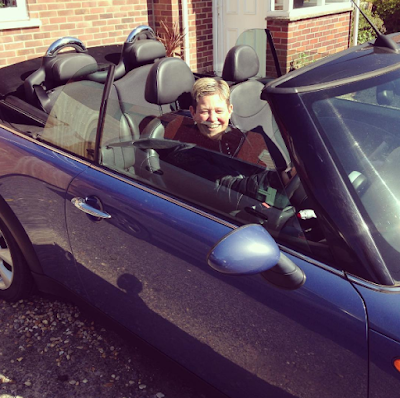 Sam and I have just been to Bath and back in it, roof down for the last bit and he gave it the thumbs up - mustn't embarrass the teenagers!