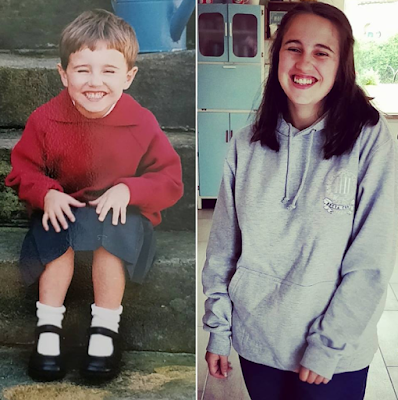 Where, oh where have the years gone? It really doesn't seem like 5 minutes ago that she was starting school and yesterday she had her leavers breakfast, assembly and 'official' last day in school! It's half term now, 3 weeks of exams to follow, Summer Ball mid July and then Results Day mid August. 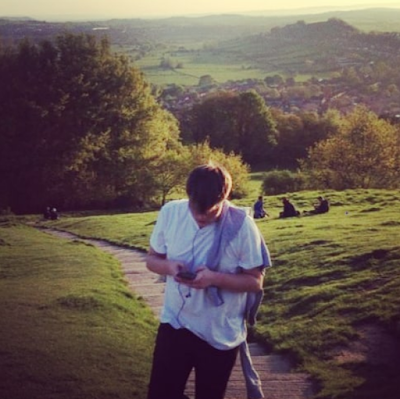 Sam's official last day at school isn't until July 5th, when he'll have his Leavers Assembly and Prom. Last day in uniform for him though, will be his last exam on June 15th
(he was too grumpy to take his photo yesterday!!) 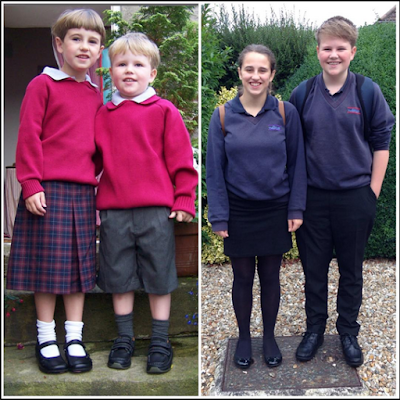 This pic was taken 2006, Sam's first day at school and Sophie would have been starting Year 2 // 2016 final year at school for Sophie and Sam would be Year 9 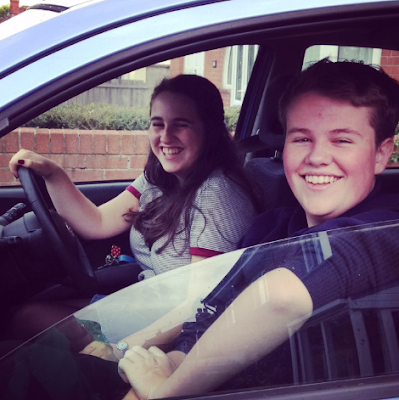 Of course this year marked the last of me doing the school runs too, with Sophie taking over the role. Although I did take them both in on Friday, I felt a little teary, that that really would be the last ever school run I'd do with them both together. Sam is going to the local College next year, just a 5/10 minute walk from the house, so definitely no more school runs ever! 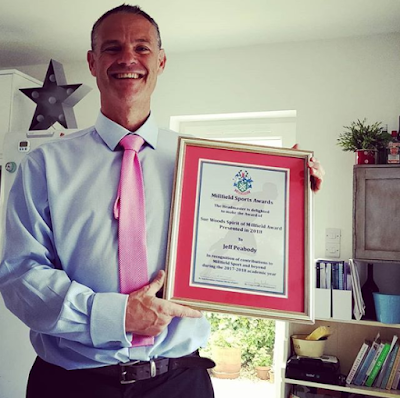 End of half term for this one too but they hold their End of Year Assemblies, Award Evening etc this week, as many pupils filter away at the very end of term, once exams are done. Jeff's taking on a new role next academic year, so has relinquished his role within the football department. He very deservedly won an Award, the 'Spirit of Millfield Award for Contribution to Millfield Sport and Beyond' a thank you and acknowledgement for the many hours he's given to the football over the past few years. 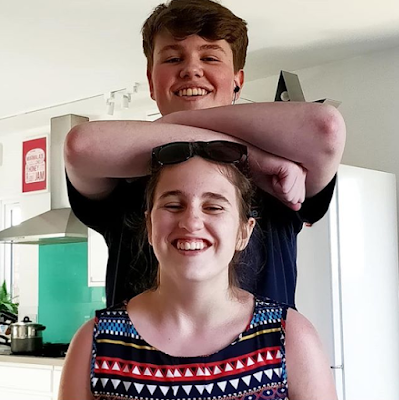 So an end of an era really for the pair of them. Sophie, fingers crossed, all being well will be off to Uni and Sam will be finishing at Wells Blue and doing his A Levels at the local College. As a Mum I hope they'll both succeed, get the grades they need to do what they want to do and ultimately both be happy.

Half term though to get through first. We've nothing planned as it's revision for the pair of them, work for me, although I've taken Friday off so will have a 4 day break at the end of the week.

Hope you have a good week and Bank Holiday Weekend x

End of one era and onto another.......... Or the way I look at it end of another phase in my children's loves