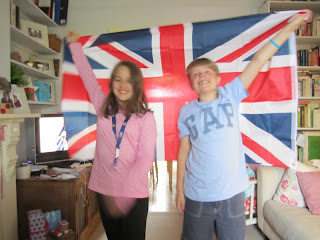 So as you will have seen from my previous post, we surprised the children with a trip to London yesterday to soak up a little of the Olympic atmosphere and feel just a little part of such a fabulous Games. 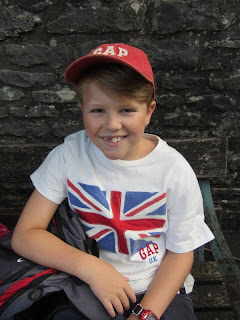 We were up bright and early to wait for the coach from Shepton to London, 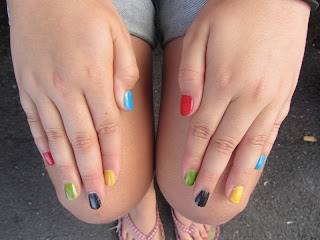 we even had our nails painted in the Olympic colours for the occasion! 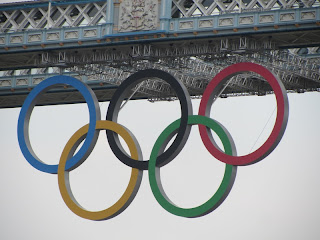 and for me, it was the Olympic Rings that I really wanted to see - the iconic image of the rings on Tower Bridge. 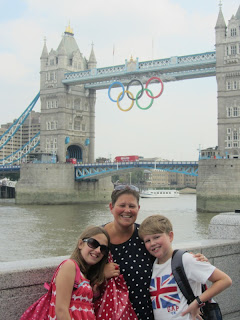 And it didn't disappoint - they were huge! 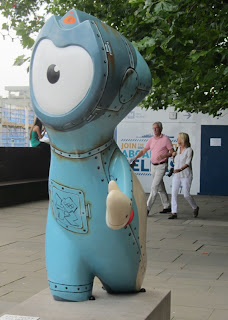 We walked along the Embankment past large out door screens and decorated Olympic mascots, 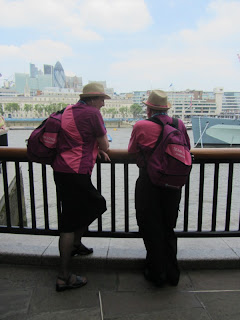 past many an Olympic Volunteer, dressed in their cheery pink uniforms. 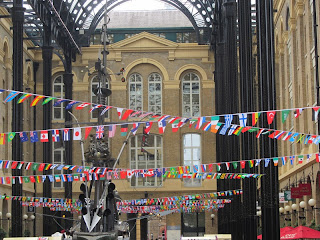 There were flags and bunting down side streets, along walkways wherever you looked. 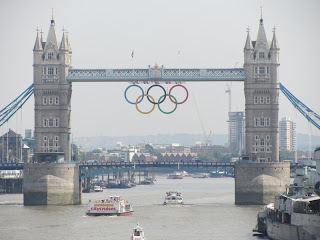 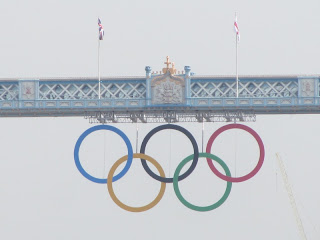 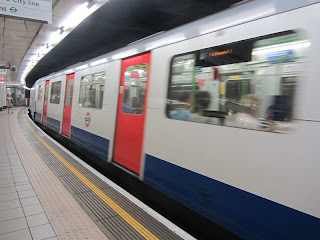 We walked as far as London Bridge, one more glace at the magnificent Tower bridge and the Olympic rings then we tubed it to Trafalgar Square, 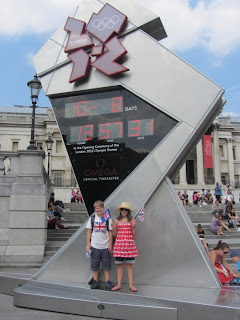 to see the Olympic Countdown Clock and Nelson wearing his Union jack hat. 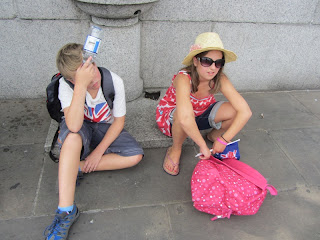 The children did get very hot and tired! It was just our luck to pick the hottest day of the Summer to go to London but we booked it over a week ago and must confess had been willing it not to rain ever since!! 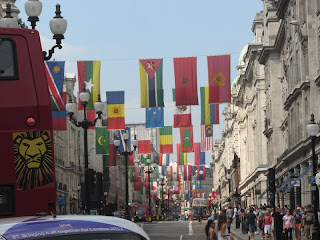 So we decided to head along Regent's Street to see all the Countries colourful flags, 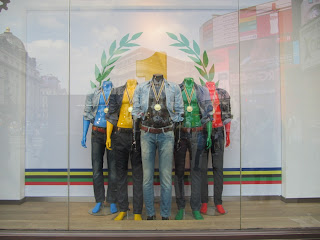 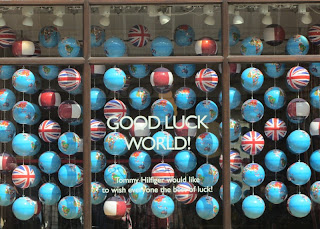 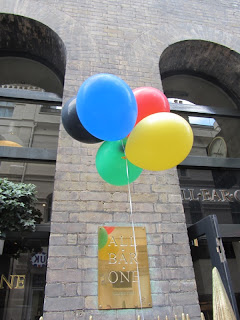 look at some of the fabulous shop window displays and ultimately, 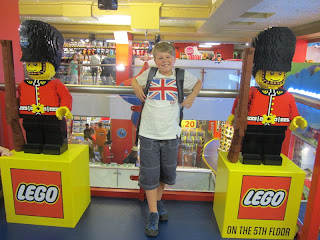 bribe the boy with a visit to the 5th floor of Hamleys and the Lego department! 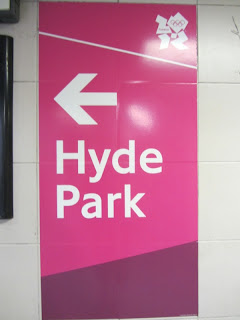 Hyde Park was our next stop, 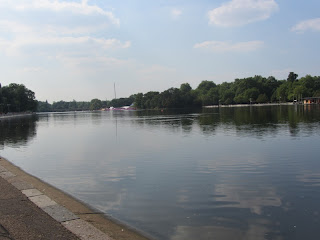 to see where the Marathon swim and Triathlon had taken part. We were too late to go into the BT Live area to see the large screens etc but 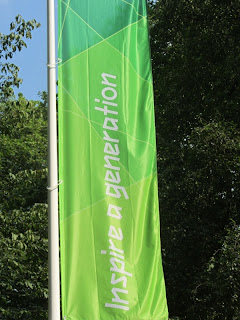 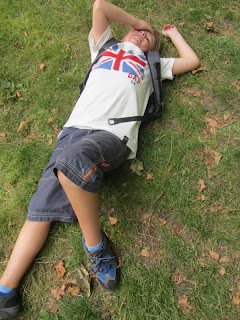 quite frankly, some of us had just had enough! 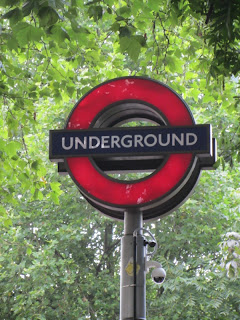 So we tubed it back to Hammersmith, picked up our coach 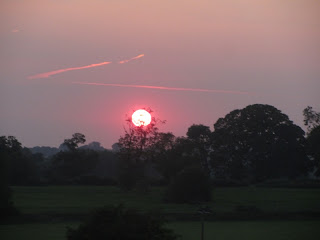 and headed back home to Somerset, having had a thoroughly good day!
Posted by dots and spots at 09:42

So glad you had a fun day. It WAS hot in London yesterday but so much better than rain!

Wow looks amazing, love all the flags of the countries! Glad you all enjoyed yourselves

Wow looks like you and your family had a lovely day. The photos are great and i'm quite gutted I didn't go and have a look myself. :o)
x