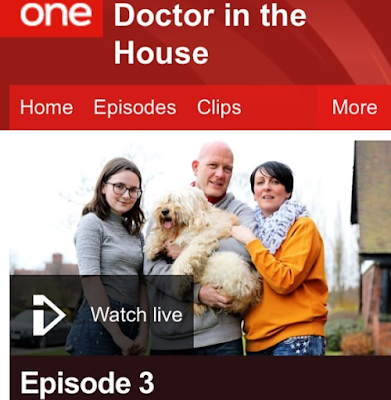 Last night I settled down to watch my normal TV viewing - Britain's Got Talent, followed by Doctor in the House on BBC1. I love any medical, people type programmes but unknowingly, tonight's episode was about eating, food and weight - of particular interest, a girl who had a limited diet of 7 foods, which made me sit up and listen! She was diagnosed with 'Avoidant & Restrictive Food Intake Disorder' or ARFID and on further investigation today, also commonly known as 'Selective Eating Disorder' or SED. This is it, this is what I would now say my Sam has, as a result of his 'Heightened Senses' from birth. 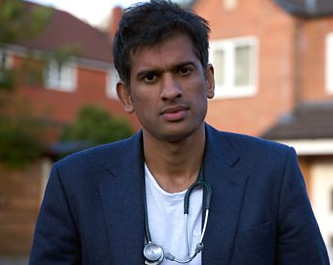 This Doctor - Dr Chatterjee spends time with the families, more than the usual 10 minute appointment given, to delve into the route cause for a particular condition. It was an emotional watch for me because I have always placed a massive amount of blame at my door for Sam's eating habits and have loads of  'Mum Guilt' at what I could have done differently but it really wasn't my fault! I've felt so pressured by those around me to 'sort him', 'it's easy', 'he's just fussy', 'he'll grow out of it'. I would have paid those who made faces out of his food to get him to eat, coaxed and bribed him, a £1000 if they could have 'sorted him!' at the time. Well he hasn't grown out of it, Sam is now 14, his diet is still very restricted, he wants to eat 'normally' but he just can't and the programme really hit home about the fear he must have, when new foods are pushed in front of him to try - perfectly illustrated by a adult encouraged to eat a bowl of insects.

I then came across this video this morning and it perfectly describes Sam and what he must feel.


He has always had issues with food and all his senses from birth. He would projectile vomit up his milk, he never weaned, when a normal baby would posset up a mouthful of food, Sam would empty the contents of his stomach. As we were living in a boarding school, I was conscious of those around us at meal times, so to eliminate the inevitable sickness that followed any new food, I gave him 'carby safe foods' when around other people, foods he seemed to cope with.

When he was two he had delayed speech and we were referred to a speech therapist. By the time we had our appointment his speech was fine but I mentioned his eating and senses issues and was advised to 'paint his lips with flavours' and 'put him in a paddling pool with cheerios'!!! Because he was always a good weight and healthy, nothing more was done, we just 'managed' his condition the best we could. On further investigation, years on, I found the condition 'Heightened Senses' more commonly known in America and this best described all his difficulties.

He had his food issues and couldn't 'do' textures, it was best described as 'an orchestra playing in his mouth'. I would make him a packed lunch and at parties and other mothers would comment 'was he a fussy eater then?' I couldn't communicate what he was going through but when a child is sick on a chocolate finger because they can't cope with the chocolate and biscuit texture combined, I wouldn't describe this as fussy! It took him 3 years to eat cake because he couldn't cope with the way it crumbled in his mouth.

He would be sick due to certain strong smells - seaweed at the beach. I remember him retching in the car park at Ilfracombe and saying 'I can't like that smell'.  He couldn't cope with loud noises and would 'headbutt' me at music groups, until the noise stopped. He didn't like to touch certain things and couldn't control his body temperature. If he got too hot, he'd be sick! At the cinema he have to take his socks and shoes off and be near the door in case he got too hot.

Over the years his condition has improved. He still has issues and is still super sensitive, hates the heat (makes holidaying abroad interesting!) but he's learnt how to deal with it. The main issue still is his eating and as he grows older, he wants to be more like his friends. Simple things like eating chewing gum or having a fizzy drink, eating sweets - he's never done and we joke about if he will ever drink a beer, things people just take for granted. We have worked on him being able to eat garlic bread, so he can go out for a pizza with friends and in just the last few weeks, he can now eat chicken - it's taken us 3+ years to get to that point.

I write this, not for sympathy but if one person reads this and thinks 'oh my god, that's my child' it will have helped someone. I was surprised at the number that commented and private messaged me on Instagram last night, when I posted a comment about the programme. For me, the programme was just clarity, the feeling that we're not alone, that it's not our fault and now I have a named 'condition', I have a new source to research and help Sam as best I can. I think hypnosis could be the way forward but he's not keen (yet!)

If you have struggled with this or have a child going through this, you have my sympathies and understanding. I hope improvements can be made and I hope I can help Sam, get the help he needs to overcome this condition, that has been with him since birth. Relaxed social eating, something we assume everyone enjoys, is Sam's worst nightmare. Normalising his condition was a huge breakthrough for us, as a family. We no longer make a fuss if he doesn't eat something, we are led by him as to what foods he might like to try. Social occasions/family meals are still difficult for him, as he thinks people watch and judge him but I no longer feel it's my fault and go with the flow.

Sorry it's been a long post and is probably of no interest to the vast majority of you but as I said, if it can help one person, then it'll have been worth writing. Plus it's a good outpouring for me! I'm off to do some more research, as I hope I can find some way to further help Sam, deal with this condition.

No family is perfect. We have to learn to live with one anothers problems and be supportive as much as we are able, and Sam is lucky to have good parents who have looked out for him. Working in a secondary school I have seen children with all sorts of problems to overcome, the latest being a pupil with a phobia of stairs, in a school of multi-storey buildings. It's all about attitude, on both sides of the coin, the one with the problem and those around them... Just don't let small minded people get you down!

It sounds like you have done the best for Sam by going with the flow. My daughter was a terrible eater as a young child and I tried everything to get her to eat more. When I found her at 3 spitting food into the toilet I decided to go with the flow and just let her eat what she wanted, mostly tuna mayo sandwiches! As long as they are healthy what does it matter. We mums must ditch the guilt and other people should not judge.No doubt Sam will find all sorts of strategies to cope as he grows up. He is lucky to have such understanding pafents .

Thanks for your comment Debdor - people really don't think before they speak sometimes. My daughter has petrified of dogs and everyone thinks they can cure her too. We've just worked out coping strategies for them both along the way

Somehow along the line Sam eats carrots and broccoli - I reckon he eats more veg than most, as the poor boy gets given it nearly every night, to ensure he eats some of his 5 a day! Mair Dyer