Sorry! it's got to be done - lots of pics to share, as a memory of Sam's last day at school.
Year 11 Presentation Ceremony, followed by Prom! 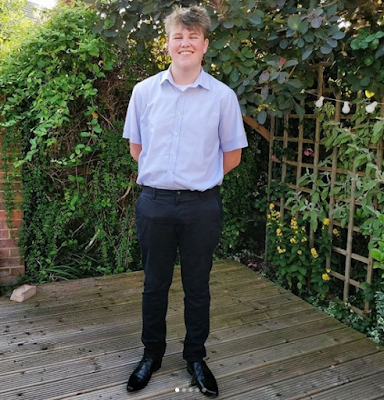 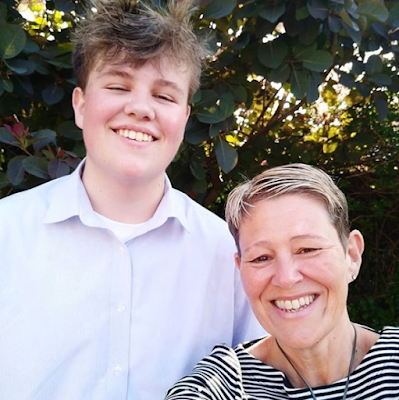 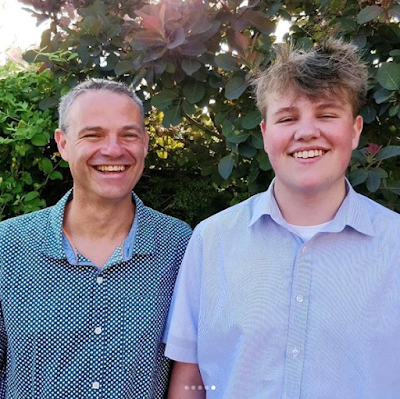 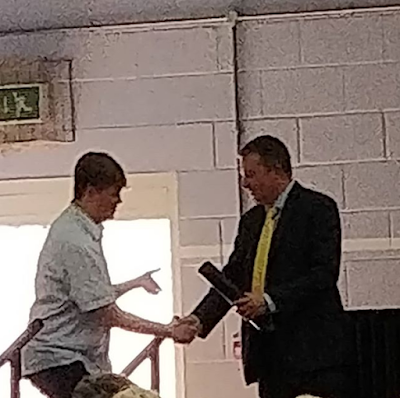 The Year 11 Presentation Ceremony was held at school in the morning. The Head, Head of Year and a couple of students spoke, there were a couple of performances, then every child in their tutor forms were called on to stage, to be presented with a photograph of their year. A fitting end to school life! There were then refreshments served, whilst Year Books were signed. 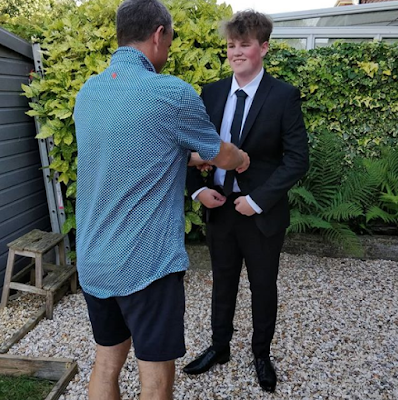 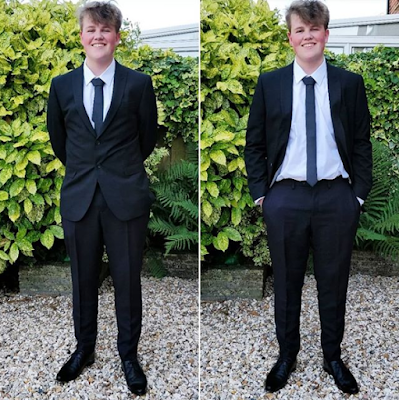 Then the main event, Prom!
Sam didn't want to go, finding a suit was extremely stressful but we got there in the end and he looked fantastic - my handsome boy x 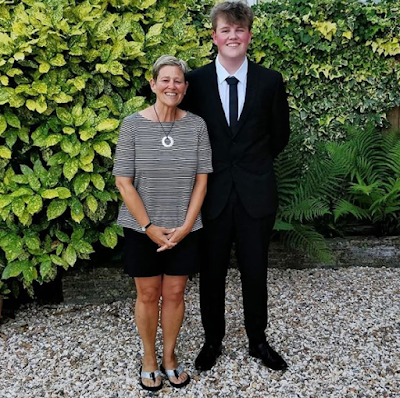 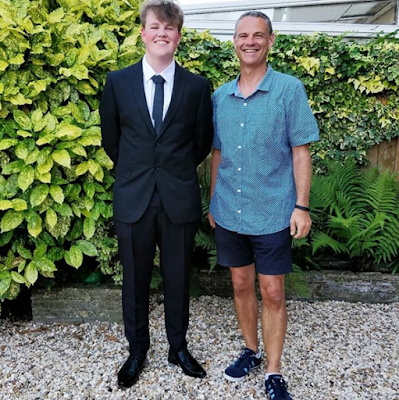 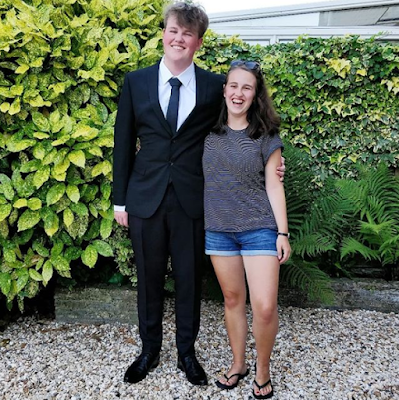 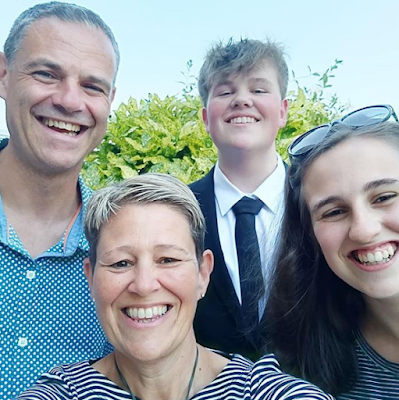 The obligatory family shots taken at home, so not to embarrass him later. Sophie made it back from St Ives in time to see him looking dapper and Prom ready! 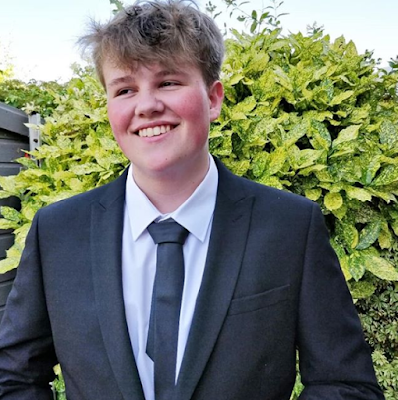 We then dropped him off at a friends house, so he could arrive in style and whizzed over to the venue so we could get a spot to take pics of their arrival. 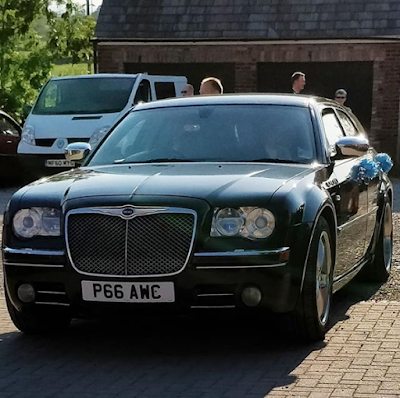 No idea what the car was, just know it cost us £30 for the privilege!! 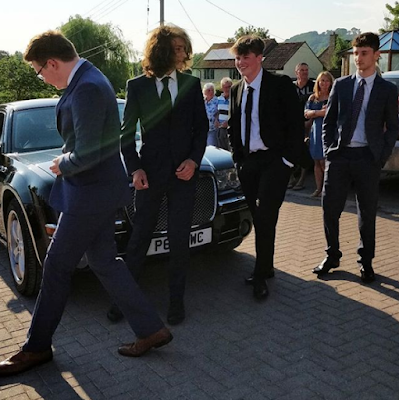 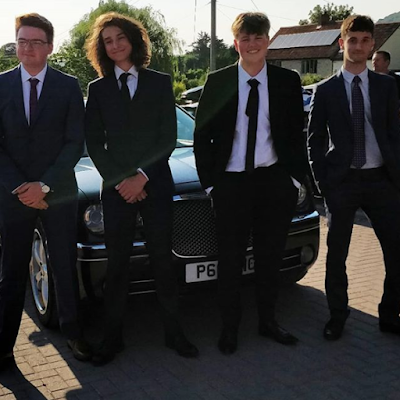 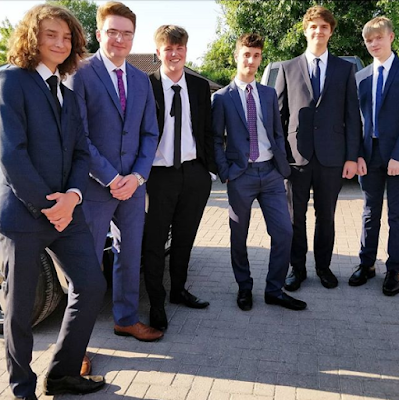 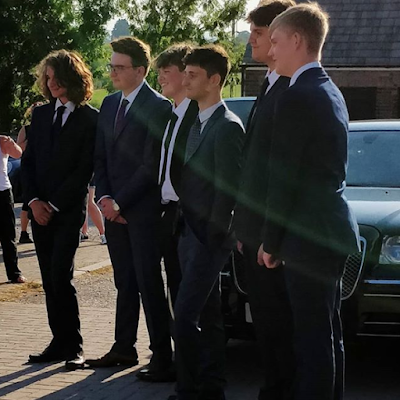 I must say they all scrubbed up well, looking fab, the whole bunch of them. 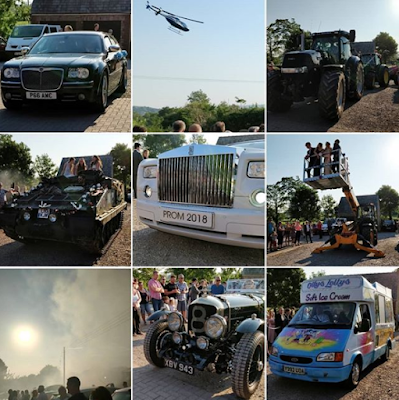 It seemed a lot more showy than Sophie's year and of course an array on transport to get them all there! Yes someone did arrive in a helicopter! There was a host of sports cars, which I'm afraid were lost on me. The ice-cream van was my favourite and yes, that is a tank! The tractors were driven by the boys themselves and yes there was a little overheating and smoke from some! 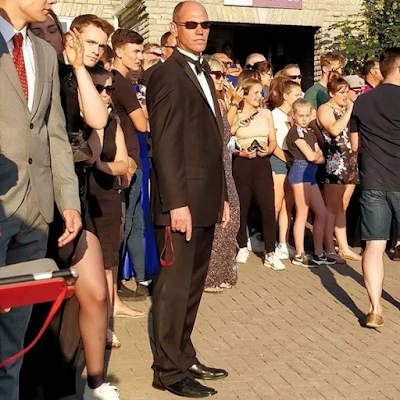 One of the teachers taking his role very seriously! 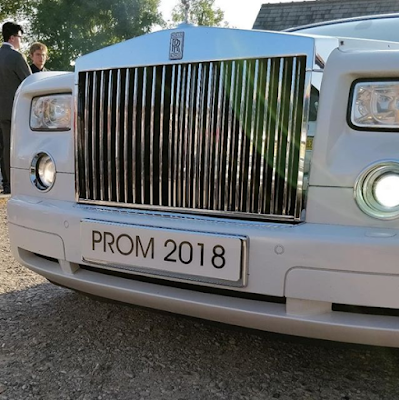 All in all, I think he had a good night, his feet survived his new shoes (just!) and he didn't lose his jacket, so my final prom! Summer Ball next week for Sophie on Friday, a different occasion completely.

It has been a lovely experience to watch your children grow up over the past few years. Wow, Sam is so tall, isn't he? Congratulations to all. x x