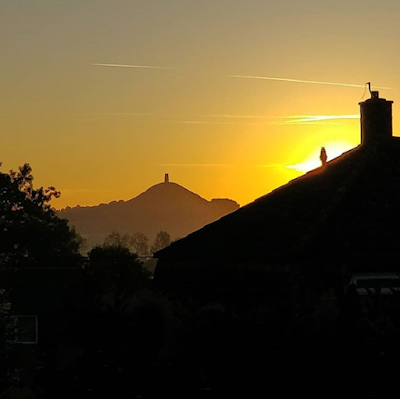 It's been a busy old week, a mix of work and days out but full of beautiful sunshiny weather. Went to the loo at 5am and captured this lovely sunrise out of the bathroom window. See what you miss whilst you are sleeping! 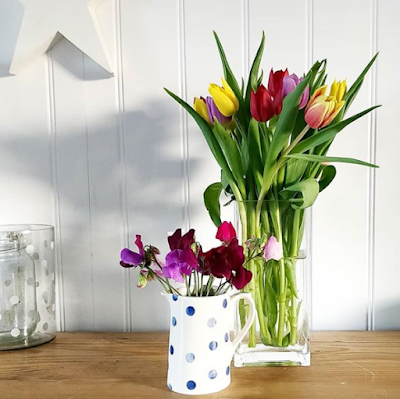 Both the children are on holiday now for the Summer, Jeff broke up on Friday, so it's only me working now, with any sort of routine. Sophie bought me this bunch of flowers to thank me for 'being there' over the past few months of exam stress. Nice to be thought of and a much appreciated gesture x 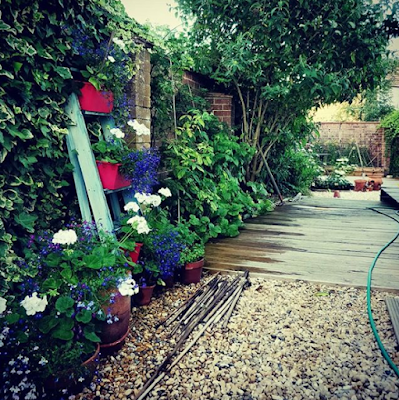 The weather has been fantastic all week. My nightly ritual has been to sit outside for as long as possible, then water the garden every night. Sadly my robin watch has ended prematurely, went to the nest as normal and it was empty, no sign of any baby robins, they were too early to fledge, so I must assume 'something' had them!! Feel really quite sad and the poor adult robins seem a little lost too. 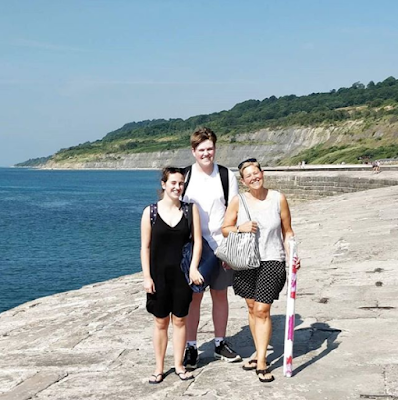 I made the kids get up on Thursday as if it was a school day and we headed down to Lyme Regis for the day to make the most of the sunshine. It only took an hour and was a great day out. 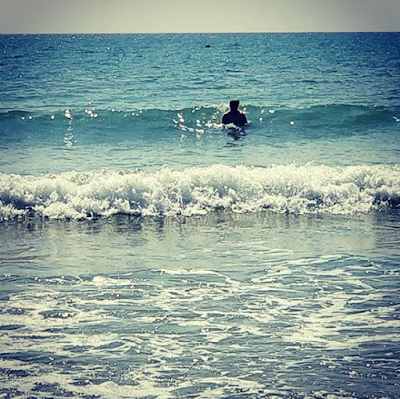 Sam ticked off the first swim in the sea of the year and.... 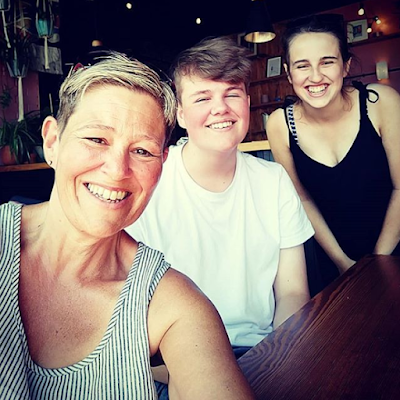 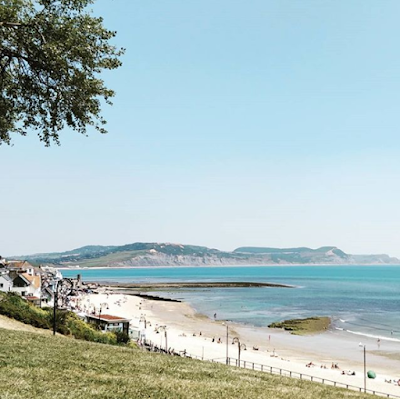 .....then ate ice-creams on the hill overlooking Lyme Regis, on the way back up to the car. 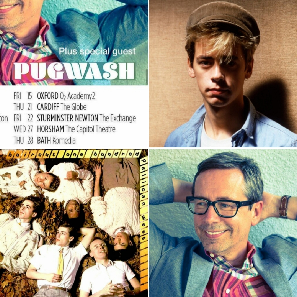 Thursday was a busy day, because I then headed over to Bath for a night out with my sister. She got tickets to see Nick Heyward, from the 1980's band Haircut 100. It was the first album I ever bought and he was my first crush! Had no idea what to expect, the crowd was very eclectic but it was a great night, good mix of old and new hits and....... 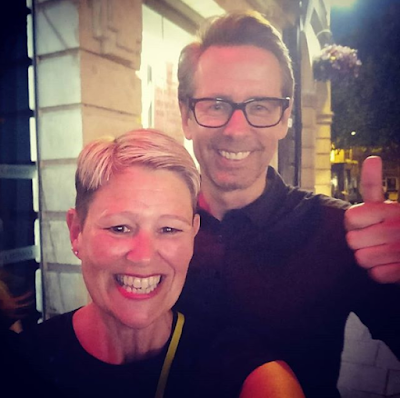 .....I only got to meet him at the end!!
35 years later, after buying the album, posters from Smash Hits on my wall and there he was , out on the street (being escorted by security!!) as we left to head home. Of course I asked for a pic and we actually chatted to him, with some others for about 10 minutes - a genuinely nice guy x 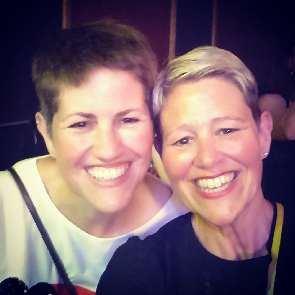 A 'FANTASTIC' night! and a great evening with my sis x 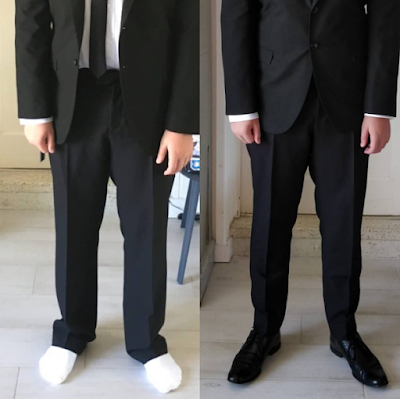 Amongst all this we've been trying to sort out Prom and Summer Ball outfits. I was in Bath on Tuesday with Sophie, buying shoes etc and trying to rescue Sam's Prom trouser situation. We managed to get some trousers but due to the waist size he needed, the trousers were too baggy! So I found a place that could do alterations that could squeeze us in, £25 later but a happy boy with 'slim fit' trousers to wear to Prom! It's costing me a small fortune this summer! 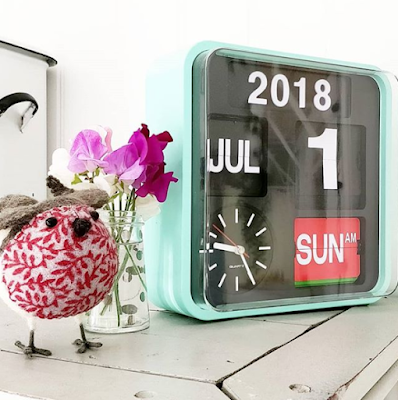 So this morning we woke up to the month of July ahead. Hopefully plenty of sunshine in the forecast and warm lazy days ahead. I'm working this week, got a few days off to hopefully head to Cornwall for a few days, back to work for another week, then Majorca here we come and I can not wait!

Hope you have a fun July planned, fingers crossed the sun stays along for the ride.

We always play pitch and put when we go to Lyme Regis, it is really fun, we try not to get too competitive. Lovely photos as usual...