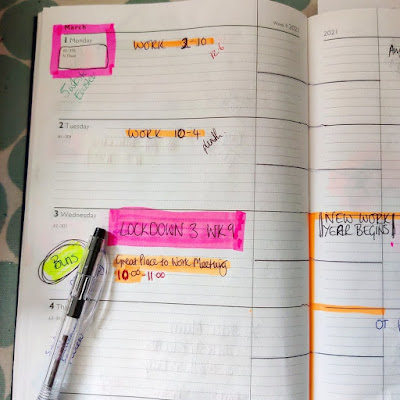 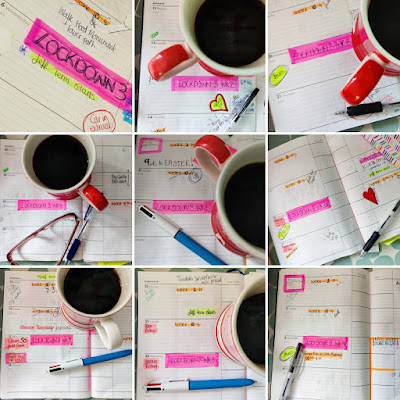 Yes, that's right, we have survived 9 weeks of lockdown and it's slowly coming to an end!
Well you could say it's already ended given the number of cars on the road, people meeting up, the number of people who come in shopping together but officially we've three more weeks to go, with the 'stay at home' rule lifted on March the 29th. 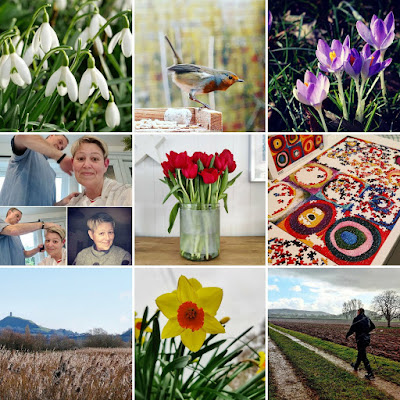 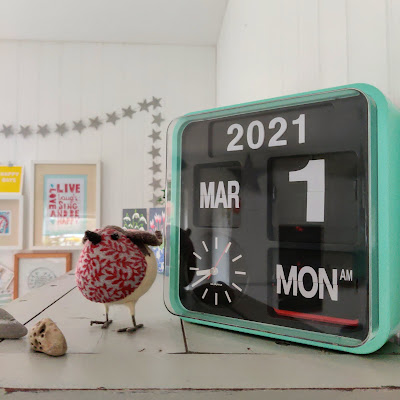 ....and welcomed in the merry month of March! 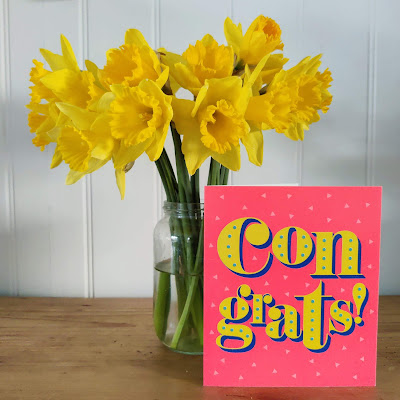 Jeff had some good news. After a worrying couple of weeks, part of his job ceasing with 8 roles going down to 4, he found out that he was one of the successful ones and will start his new role in September. Schools go back on Monday, so that's both Jeff and Sam returning to work. It'll do Sam the world of good to get back in to some form of routine. 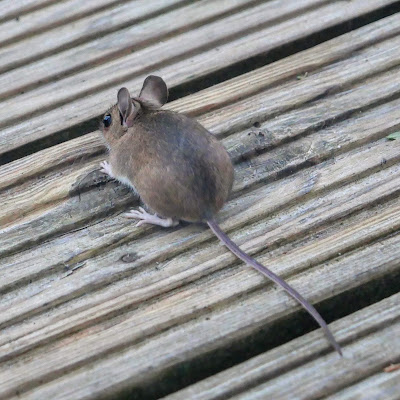 I've had an unwelcome visitor, well more than one..... 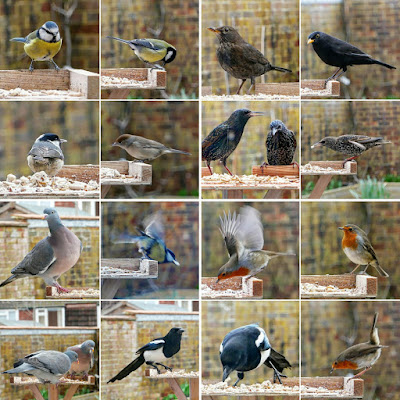 ....so the time has come to stop feeding the birds. I've moved the table further away from the house, will finish any open packs of food, then stop completely. I'll want to open the doors soon and leave them open, without risk of a furry visitor inside!! 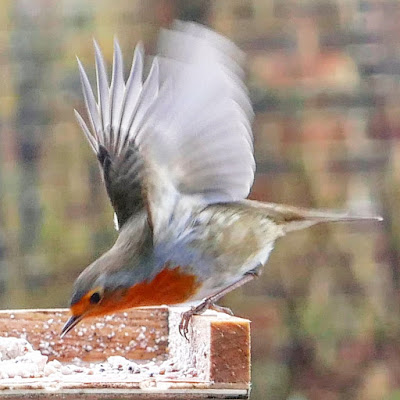 I have enjoyed honing my photography skills and capturing the birds up close. 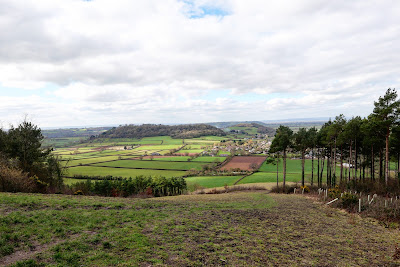 I worked my normal Sunday, Monday, Tuesday then extra overtime on Wednesday. I've been asked to be the Great Place to Work Regional Rep, so had to attend my first zoom meeting with reps from the other stores in the region. I then have to feed back to our store reps in a meeting this week. It was grey and cold on Thursday, not a day for venturing out and about but I did go out on Friday. 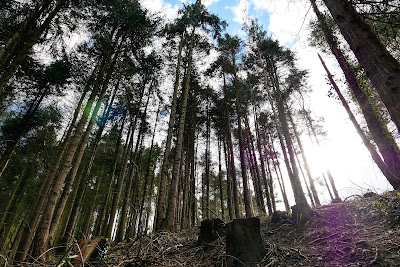 Back to Combe Hill Woods. I've not been back there since November because it was just so muddy. Still extremely muddy now but better than before. 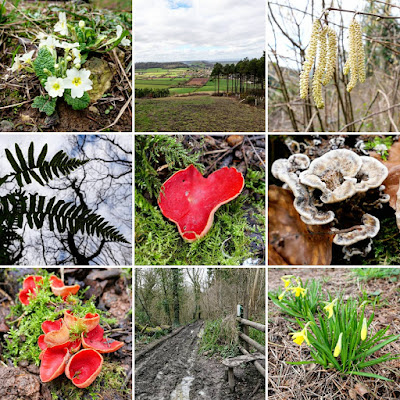 It was just lovely to be back in the trees. So many lovely signs of Spring about..... 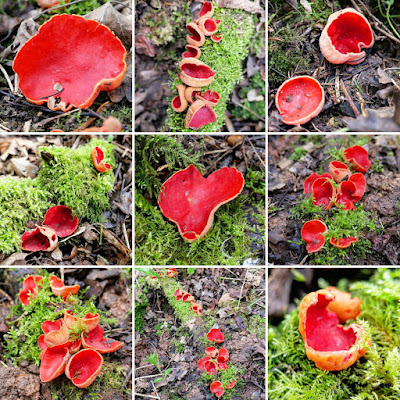 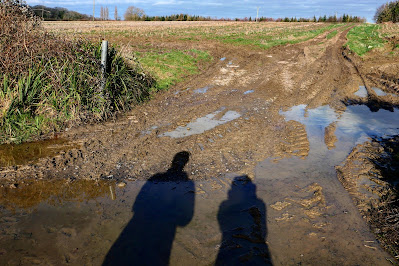 Final Saturday walk with Jeff today, it's been nice to have him around on a Saturday.
I'll not only lose him to work soon but he'll also be back refereeing when he can. 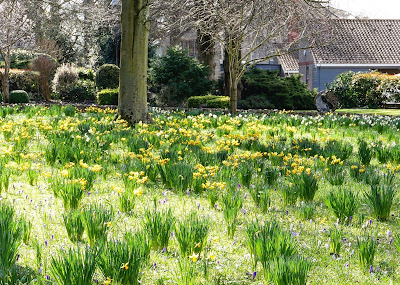 We walked back through the school campus - it was looking as beautiful as ever at this time of year. There were people about, coming in to do their tests before school starts on Monday. Jeff went in and had a test on Friday, not sure what Sam will be required to do. 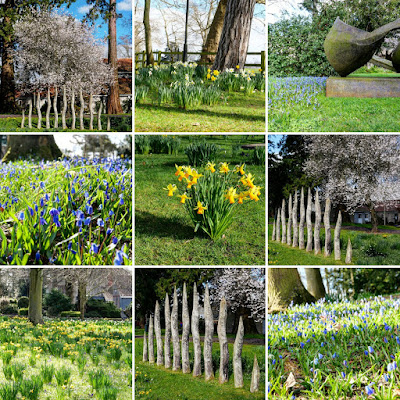 So the end of home schooling (forever) we hope!
It's been a bit of a slog but we've survived. I'm so glad we don't have school age kids, Jeff teaching from home has been hard enough.Sam's furlough will be coming to an end, although he was paid barely anything, so didn't benefit greatly financially. He did however get to enjoy a period of time, when he had absolutely nothing to do!! 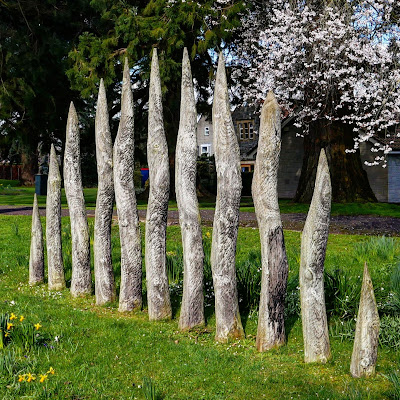 So on Monday we enter a new phase, the first date in Boris's phased return to normality - all schools go back and you are allowed to meet with another person, outside for recreation 'a coffee on a bench' but still the 'stay local' rule is in place.
Slowly but surely, a year on from when this all started, there is a glimmer of hope that things will one day go back to normal.
Posted by dots and spots at 16:03