Half term wash out! 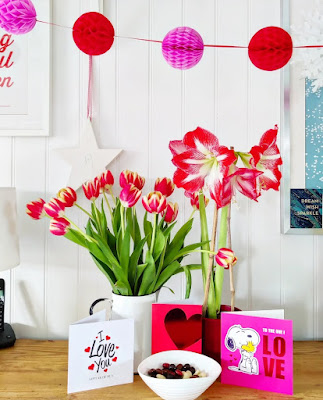 So what a week!
Valentines Monday morning..... 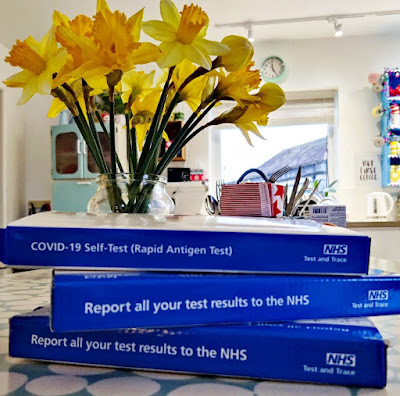 ....and an unexpected gift of a positive test! 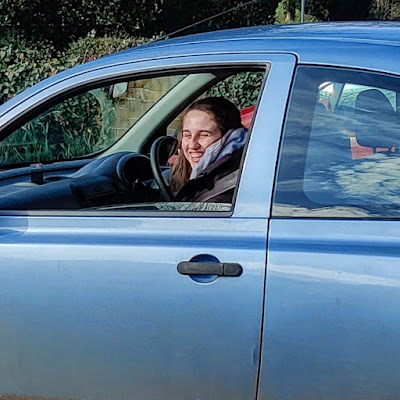 Poor Sophie!!! Our few days together, ended up with her keeping her distance from me up in her room. Couldn't even give her a hug goodbye! She's tested negative every day, so heading back to Uni on Thursday! 5 weeks until the Easter hols! 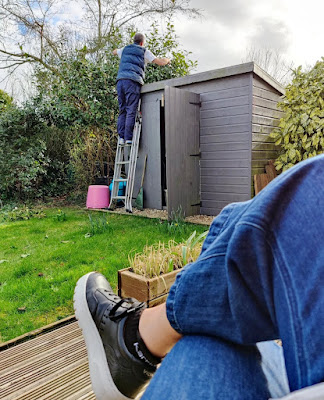 Poor Jeff hasn't had much of a half term break, not being able to really go anywhere. He always finds something to do though and has been doing bits out in the garden, under my direction!!!!
The weather hasn't been on our side either..... 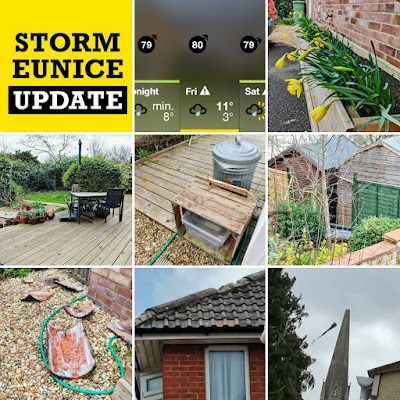 ....storm Eunice arrived on Friday morning.
We were in the Red Zone, with 90mph winds forecast. We didn't fair too badly, the recycling unit at the side of the house came off the worst, sheared in half! Our neighbours fence came down and a couple of their roof tiles, narrowly missing the car!! The church spire in Wells came down, 4 lives lost across the country, 122mph winds recorded off the Needles!! 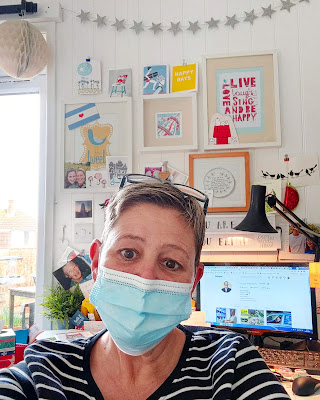 .....I'm still testing positive! (Day 7)
I do still feel heady, and my sinuses still hurt.
Poor Sophie has just sent a message, she's now tested positive and Sam who tested positive the same time as me (although up in Cardiff) is now testing negative. Just Jeff to go! 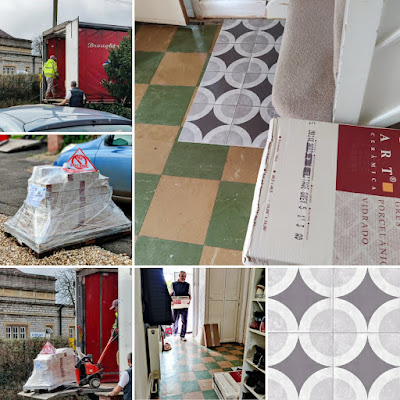 Thankfully our tiler is still happy to start work on Monday! I can keep out of his way and the hallway is easily ventilated. It will be wonderful to get that job ticked off and as I'm enforced to stay at home until at least Thursday, if I continue to test positive, I can at least be around. Although Boris is making an announcement tomorrow which may end isolation!! 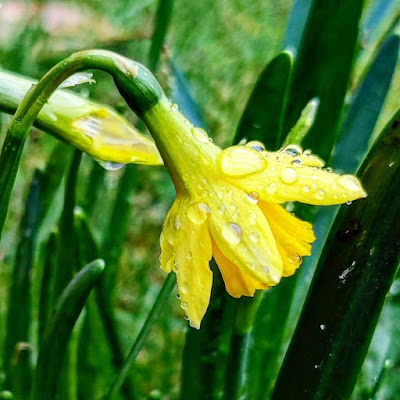 So not the week we had planned.
We had considered flights to Barcelona back in January but Sophie said she'd be coming home, so thankfully we didn't do anything more about it. In a way I'm glad to have got it over and done with, ticked that box, move on! Obviously I know you can get it again but it's not been as bad as so many others had in the beginning, for which I'm thankful. Definitely Omicron symptoms, a bad heady cold, feel washed out, can still taste and smell but in 'normal' times I would have still gone to work, soldiered on, not wanting to let people down! 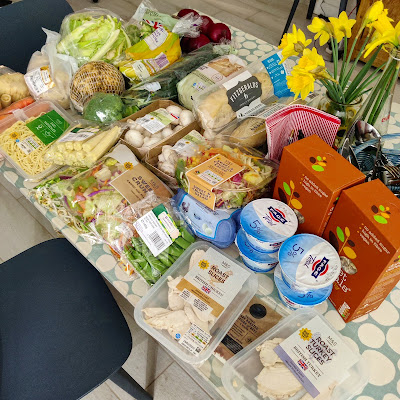 Anyway, we had a food delivery last night. Got enough there to keep us going until Thursday, all the veg and the biggest cauliflower ever!! I think one of the worse things has been not being able to come and go as you please! I take just going out for a walk as a given, nipping to the supermarket.... I've been lucky that Jeff can still do errands, not like at the beginning, when he would have had to isolate too and I've had lots of offers from friends, asking if I need anything. It's just you can't do it yourself!!
Still am on the final countdown, freedom on Thursday! x
Posted by dots and spots at 10:29