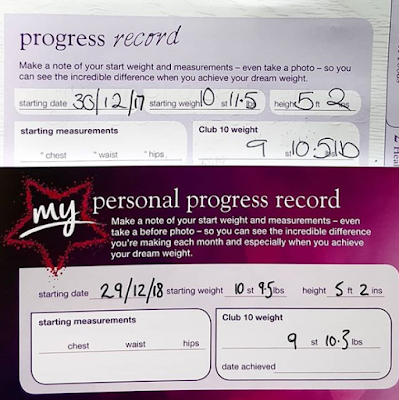 I'm actually ending 2018 2lbs lighter than when I started the year! 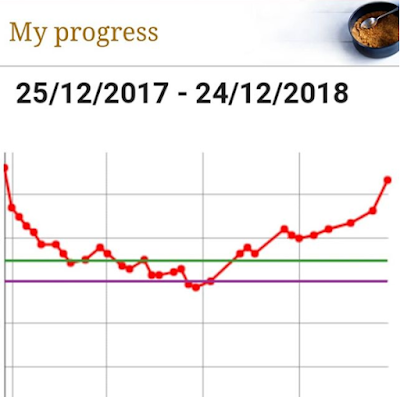 I did actually lose nearly a stone and a half, got to one pound away from target but as the graph beautifully illustrates, I put it all back on! Just the bit I lost, no more! And that's why I keep going to Slimming World, to keep me on the straight and narrow, to keep me focused and accountable. 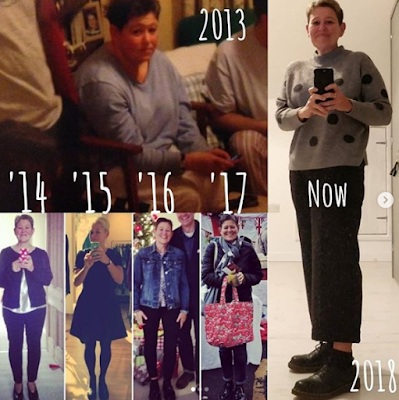 I lost all my weight in 2014/15 and really kept it off well in 2015/16 but latterly it's been hard, harder than before. So by going to group I'm keeping my weight a priority. It's my therapy! 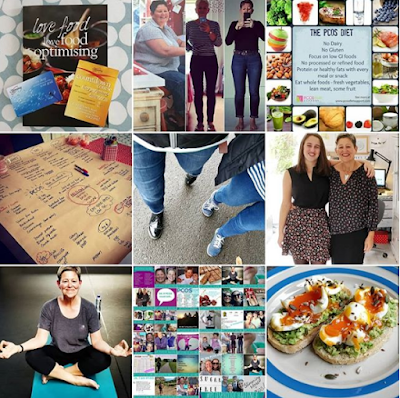 As you know I have PCOS which isn't an excuse but does make weight a much bigger deal and much harder to lose. Sophie too was diagnosed earlier this year, so the pair of us need to be extra careful. 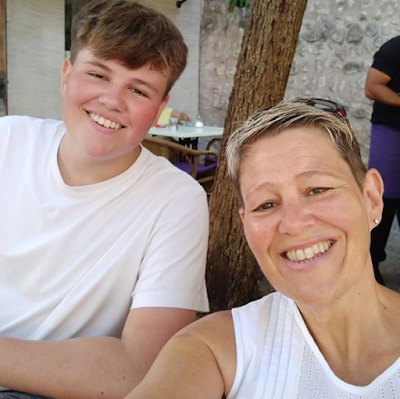 The boy just thinks I'm a failure "TARGET" is his catch phrase or lack of it! He's set me a challenge - He'll start up his swimming again, once I get to target! Now I really want him to swim, so I'm going to work really hard at getting back to target as soon as possible, so he can start swimming. He thinks I'll fail (again) and as a result, will get away with not having to swim but I'm determined to get back to target this year and stay there. I've not a huge amount to lose, just 1st 2.5lbs but with the added PCOS it'll be a challenge! 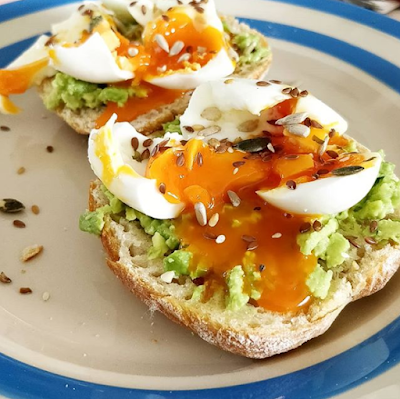 All my meals are good, I eat well, it's the picky bits in between and the old habits that don't lurk too far away that are my trouble. The urge to enjoy bread and the cake are sometimes too great to resist! 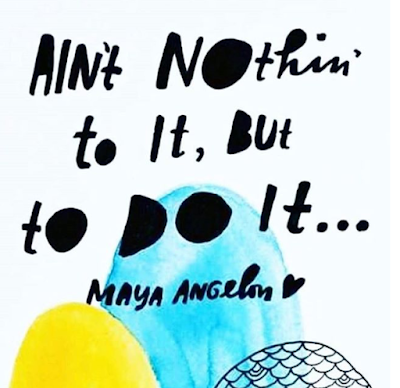 But as the above phrase says "ain't nothing to it, but to do it" and I did just that!
I faced the scales on Saturday, drew my line and feel ready and energised for this next mini journey 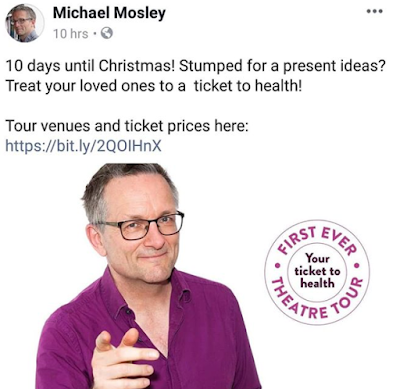 I got tickets for my sister and I to go and see Dr Michael Mosley talk in February. I've been a fan of his for a good few years now, he talks a lot of sense and I'm very interested to hear more about the role fasting plays, particularly good for PCOS I believe.

Anyway, that's where I'm at, that's what I plan to do, target here I come (again!)