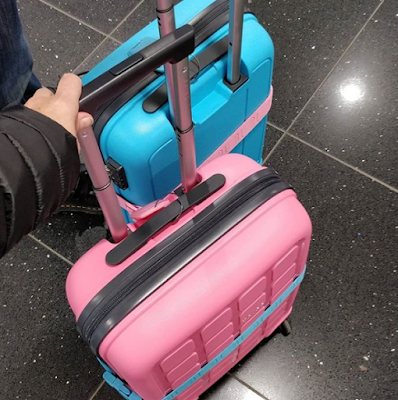 Jeff and I have just returned from a little trip away, just the two of us, haven't been away just the two of us in 20+ years! We flew out of Bristol on Monday evening to Girona in Spain, via Ryanair and it was just the best idea. Jeff saw flights for £55 return back in August, tying in with half term week too, what's the catch, there always is with Ryanair!?!. We also found a hotel for £160 for 3 nights, so just decided it was meant to be and go for it! It did mean leaving Sam home alone and trusting that he wouldn't throw a party (thankfully he didn't) but you have to trust them at some point! 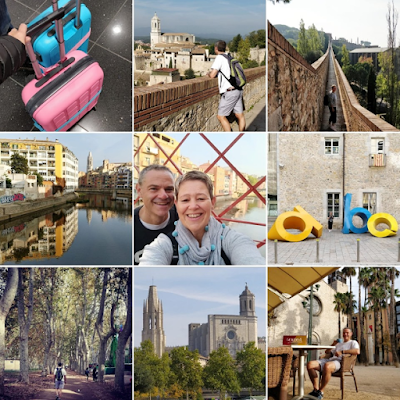 Girona was/is a fabulous city. Never really on my radar as a 'must see destination' but I had recently researched it as an airport close to the Costa Brava, for a potential summer holiday spot! It is a great place to spend a few days. You have the old town one side of the river Onyar and the train and bus station on the other, near the Parc de la Devesa. It was actually a Bank Holiday, Festival week there too, so lots of extra things going on. 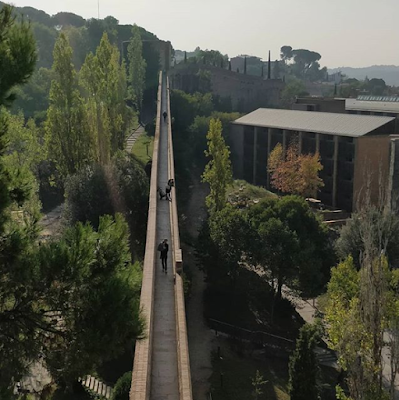 In the old town there is an impressive Cathedral, numerous old cobbled, stepped streets and an old city wall that runs along the back of the city. After breakfast and watching the festival parade start at the steps of the Cathedral, we walked all the way along the walls, taking in the gorgeous Spanish sunshine and spectacular views of Girona. 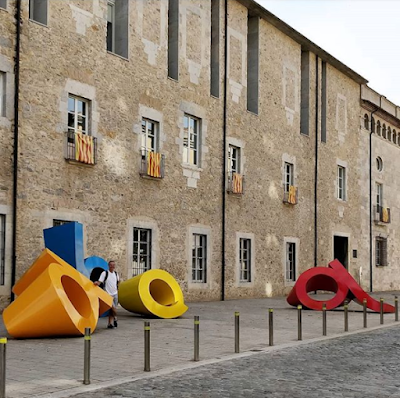 We then found the Les Lletres sculpture en route to the bus station. I love large sculptural pieces of artwork found in unexpected places. We found the bus station ready for the following day, then decided as we were on the far side of the river, we would continue on and walk back through the park, take in the autumn views. 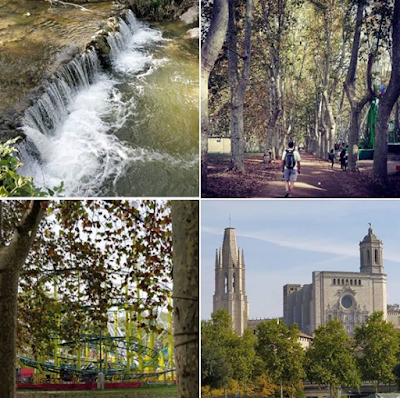 Due to the Bank Holiday it was home to a large Expo Show and fun fair. We still found a clear area to walk through, found some food stalls to buy lunch and had a picnic on the edge of the park, before crossing back into the old town.


Although we missed the full parade earlier in the morning, we did catch the locals doing traditional Catalan dancing in the square in the early evening, with a live band. Loved it! 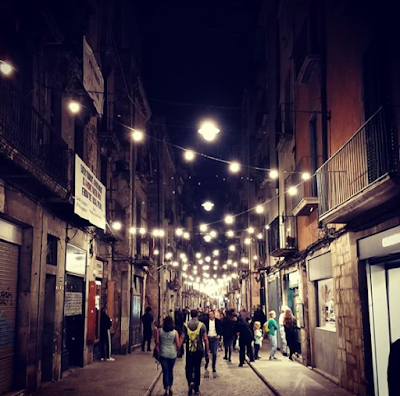 The old town was just as beautiful at night and although we wore our coats in the evening, it was so lovely to enjoy the milder weather. 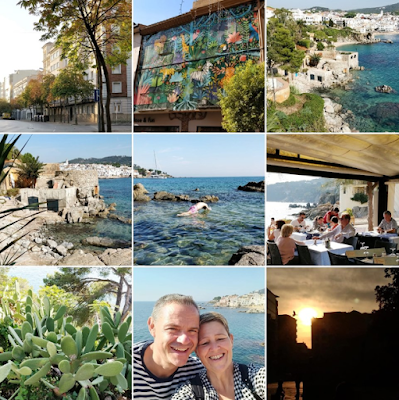 We decided to bus it to the coast on our second day. I had researched this area as a potential holiday spot, so we thought as we were so close we'd check it out, plus the weather was beach weather! We got a local bus to Parafrugell, about an hour away and we had time for a coffee and little explore there, before catching another bus to Calella de Parafrugell. 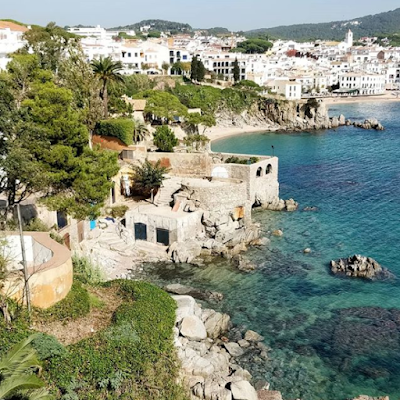 What a beautiful place and because it was Autumn, a real treat to be beside the sea, in late October, in warm sunshine. We walked right along the sea edge, looking back across the bay. All the little bays were super accessible, perfect for a summer holiday spot. 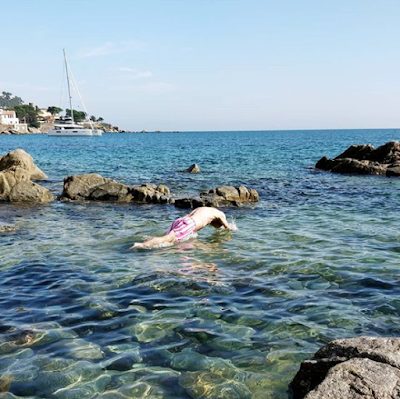 Jeff went for a dip, me just a paddle, it was such a treat. 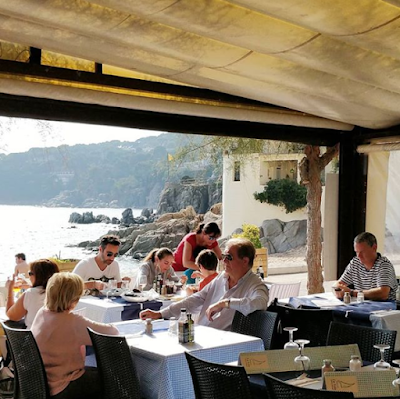 It was a lot quieter than I imagine it would be during the summer season, things were definitely winding down but the few restaurants along the seafront that were open, were busy and it was the most perfect spot for lunch. 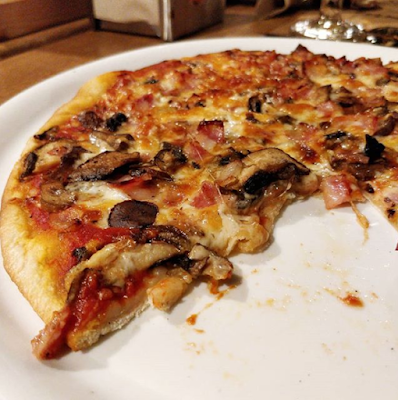 Due to the restricted buses running on the out of season timetable, we got an earlier bus than initially planned, heading back to Girona for the evening and a meal out in the Placa de la Independencia, enjoying a beer and the best pizza I have tasted in a very long time. 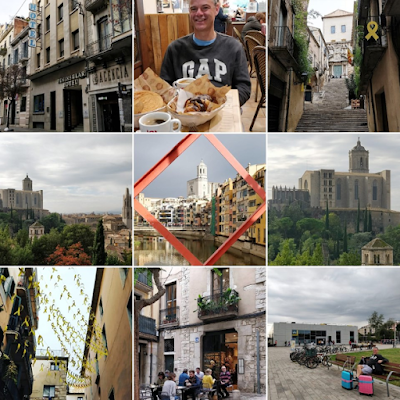 Our final morning and a cloudy day with rain forecast for later. We decided to head back in to the old town and after breakfast do a little 'Game of Thrones' scene spotting! I've not watched any of the series but Jeff is a fan and could recognise some of the locations used in the film. 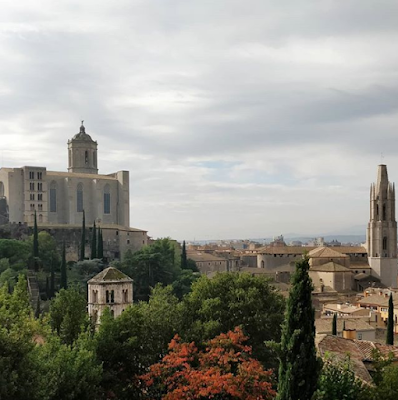 We also walked along the last bit of the wall, on the far side of the city and we are so glad we did, being rewarded with fabulous views of the Cathedral and the old city. 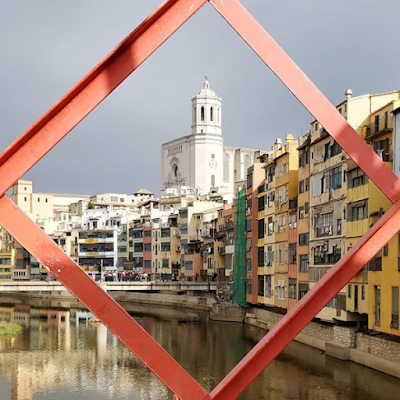 We crossed the Pont de Les Peixateries Velles bridge and enjoyed more views of the Cathedral and colourful buildings along the river. 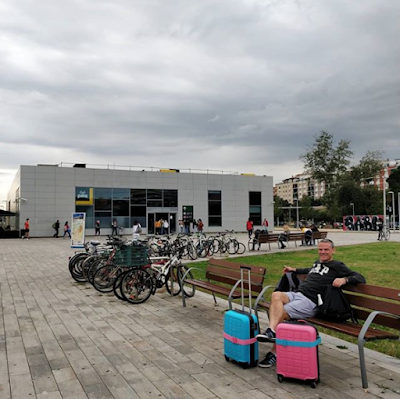 After a bite to eat, a few provisions bought for tea, we checked out of our hotel, made our way across town to the bus station, before it started to rain! to get the bus back to the airport. All so very easy. 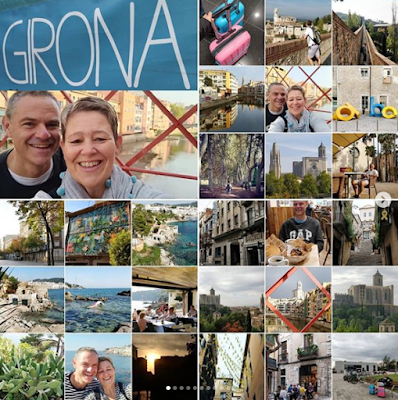 We have both had the best few days, was just the tonic. Until you actually go away and do something like this, you don't realise how much you actually need it. We intend to do this more often, just a couple of days away, definitely in the October half term break but possibly in the Easter or May half term weeks too. Doesn't have to be far, doesn't have to be expensive, just a couple of days somewhere different, preferably a little warmer than back home but a mini break, just the two of us 'somewhere'.

I'm lucky I have my trip to Florence with my sister in May to look forward to, to celebrate our 50th's! We then have our family Summer holiday booked, I have booked a couple of days off early September, to go 'somewhere' with Sam, equivalent to my trip to Paris with Sophie this year. We then will be going to Barcelona hopefully in October, for my actual 50th. So next year is pretty much sorted as February half term and Easter are off limits due to Sam revising for his A Levels.
I WILL have to be home then to nag him for sure!!! 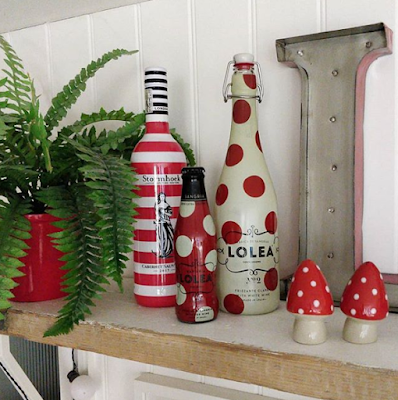 Another reason for going away is to 'do' things rather than 'buy' things as we don't need anymore 'stuff''! BUT I could not come home without these spotty bottles. We bought the large one in Girona, full of sparkling white wine but 'spotted' the small one at the airport in Duty Free.
A lovely little momento  of our time in the fabulous city of Girona x