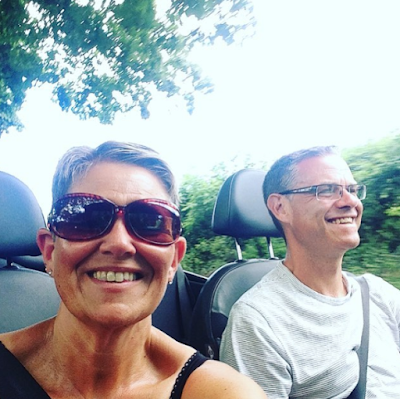 We can't afford to go on holiday this year due to our extension build last year, so when the sun shines we're making the most of it. For the first time ever, whilst Jeff is on holiday before the kids, we don't have to do the school run, so we had a proper day out yesterday..... 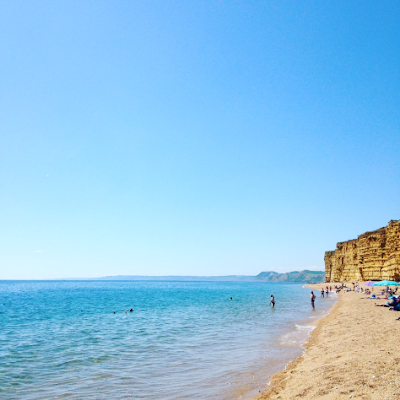 We waited until we knew they'd arrived at school safely, then headed to Bridport, about an hour away and right by the sea. The town itself was a bit disappointing, not the array of shops I was expecting, so we had a quick coffee and headed over to Burton Bradstock, a National Trust beach. 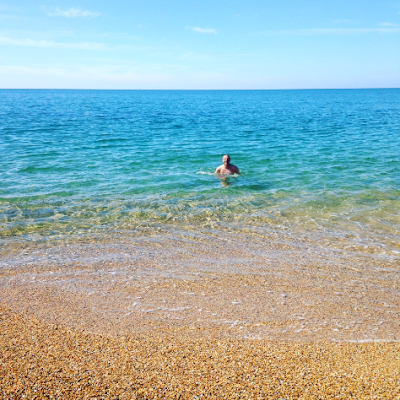 It was the perfect day to go and Jeff had his first dip in the sea. 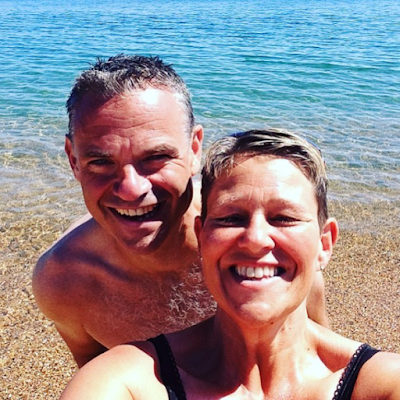 It isn't Majorca or Greece or Croatia but the sea was so clear and could have so easily been mistaken for the Mediterranean. It was a fab day out, just what I needed and we've promised to make the effort to return. We used to go to that bit of coast when we lived in Crewkerne but I guess we thought it was too far away but an hour (without moaning kids in the back of the car) was completely doable. 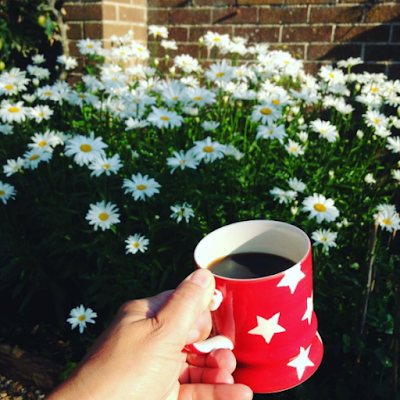 Today we are at home, as Jeff had things to do this morning but the sun is still shining.... 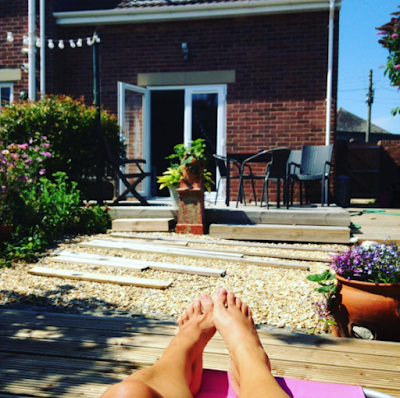 .... and as I said, we're making the most of it. Jobs can be done outside on overcast, cloudy days and I'm sure it will rain soon, so inside jobs can be tackled then.
Hope the sun is shining where you are x