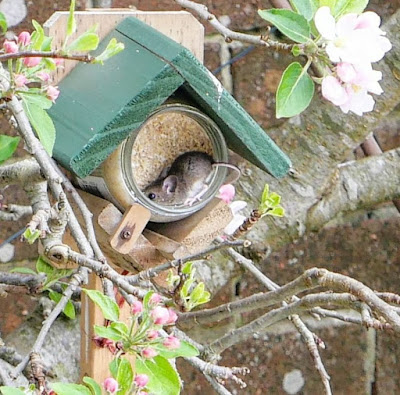 It's been a bit of a non week! One of those weeks where nothing really happens, nothing really to report. I worked the Sunday, Monday, Tuesday, Wednesday, then due to the weather, cold, damp, chilly... I've not really done very much! 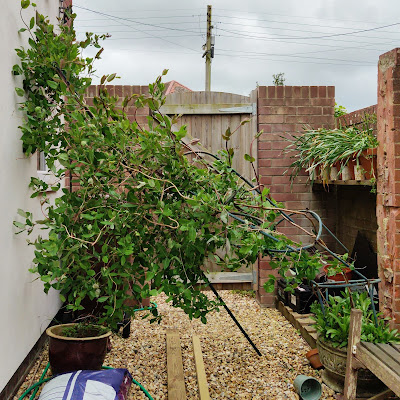 It's been windy too!
My poor honeysuckle blew over! 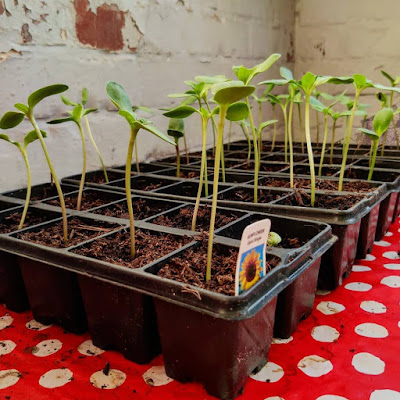 So my sunflowers are remaining in the porch until it warms up. 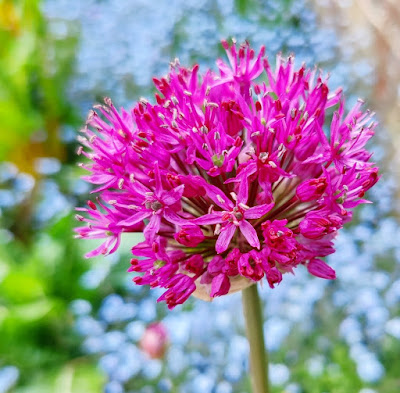 The very few allium's we do have this year, are slowly showing themselves.... 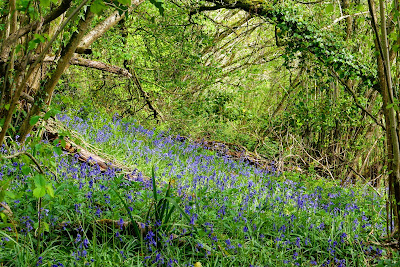 ....and I took a friend to see the bluebells, before they go over. 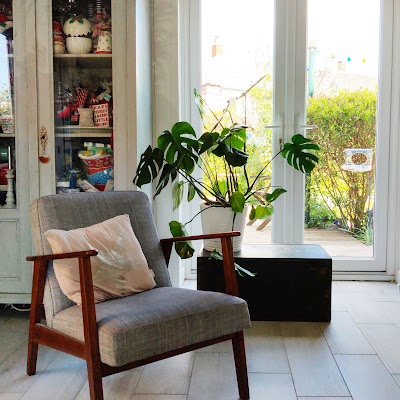 I decided to swap all the plants around at home. My Swiss Cheese Plants are growing too big to both be in the sitting room. Jeff was complaining that he couldn't see the TV, so I've moved one of them to the kitchen, which fills that space and..... 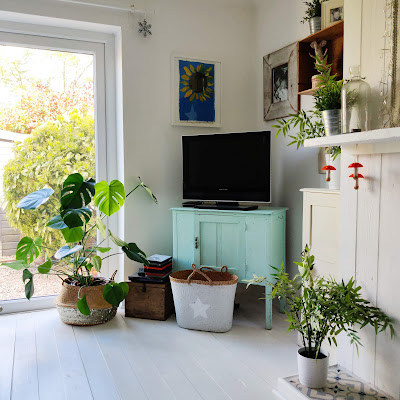 ....and swapped the other one in the sitting room, to a new spot! 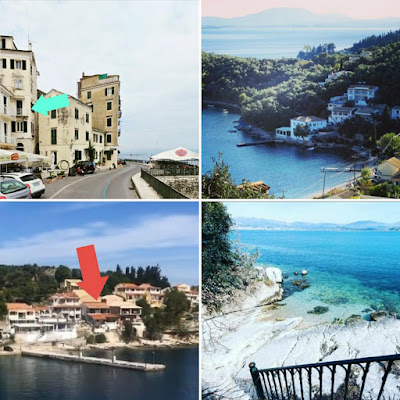 I guess our biggest dilemma this week, is what to do about our trip to Greece in 8 and a bit weeks time. We booked it last year as we had vouchers to move across from one of our cancelled trips and plumped for Greece as it's our 25th Wedding Anniversary, so we wanted to go back to where we first holidayed together. Naively, I think we both thought life would have been a little more back to normal by now than it is, when we booked it last May. As of yesterday Greece is on the Amber list, which means we would have to self isolate for 10 days at home on our return. Jeff obviously gets the Summer off, so no problem for him, I however would have to use holiday or take unpaid leave, if they 'allowed' me to go. Obviously there's also the question mark about what the rules would be over in Greece in terms of testing, mask wearing etc
Part of me just thinks forget about it, we're not in a position still to travel like we did before. The other part of me thinks, life has to get back to some form of normal and if all procedures are followed correctly, then we would be safe to travel, having both had our vaccines. We're not going to party resorts, just small fishing villages/towns. We're staying in our own self-catering places, not hotels etc So much to consider and although it only feels like a few weeks away, a lot can change in that time both positive and negative. I've had a very 'what if' type of conversation with my Manager, which was very positive. I've not had any time off, other than my official holiday, during the pandemic, no periods of isolation or illness. If I tested positive on my return, I would be paid to self isolate rather than go unpaid, although obviously I'd rather the latter than get Covid!! Had we not had vouchers, we wouldn't have booked any foreign travel but it was a lot of money to waste, so we have a few trips booked to make use of the vouchers we carried over from last years 'BIG Year' trips.
Honestly? I can think of no place I'd rather be but it needs to be safe for everyone!
Posted by dots and spots at 14:30